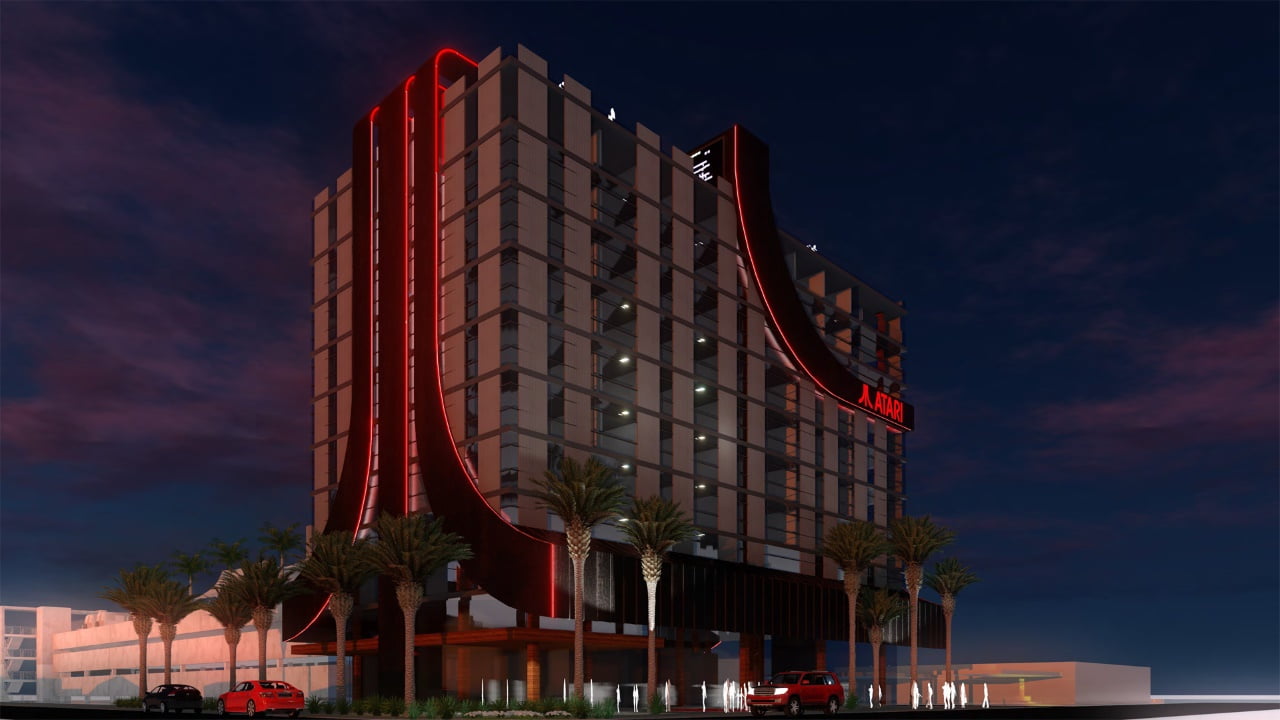 There’s very little of the modern Atari brand that links it to the original Atari of 1970s and 80s. The Atari of Warren Robinett and John Salwitz is long gone. The company has folded, re-branded, and folded again several times over the years. We believe that’s called “phoenixing” in business terms.

The modern Atari’s biggest claim to fame – and also perhaps its biggest problem – is the Atari VCS. It’s a new Atari console that, having been crowdfunded, has struggled to get to market. It looks the part, with a classic wooden chassis, but with high-profile departures, configuration changes and delays, it’s potentially turning into a millstone.

So what would any sane company do in that scenario? Why, they would pivot to building and operating hotels, of course!

No, really. We’re not kidding. We’ve received a press release that actually says “video game-themed Atari hotels” will be springing up in the US over the coming years.

“We are thrilled to partner with GSD Group and True North Studio to build the first-ever Atari branded hotels across the United States. Together we’ll build a space that will be much more than just a place to stay. Atari is an iconic global brand that resonates with people of all ages, countries, cultures and ethnic backgrounds and we cannot wait for our fans and their families to enjoy this new hotel concept.” – Fred Chesnais, CEO, Atari

It’s… well, it’s something, isn’t it? You can’t fault them for trying to do something different, something bold to change the company’s fortunes.

Good luck to them, we guess, but it’s hardly going to be Disneyworld.

Keep up to date with the latest video games news by following Thumbsticks on Facebook, Google News, Twitter, and Flipboard.