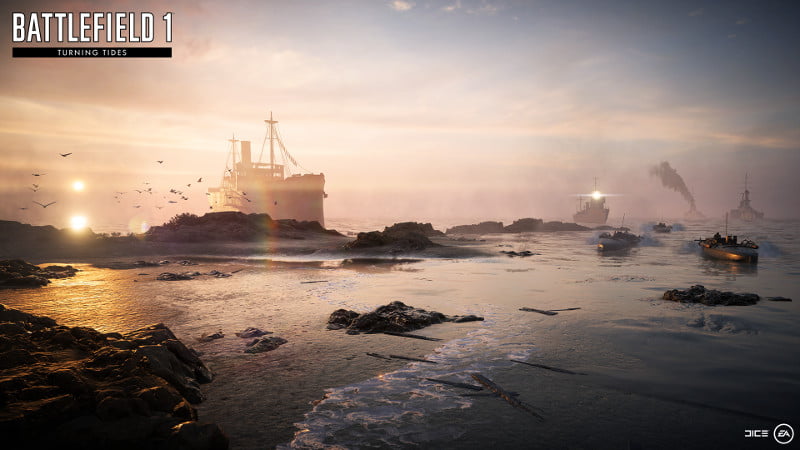 While a certain DICE-based, multiplayer-focused shooter with the word ‘battle’ in the name is causing all the headlines, last year’s Battlefield 1 is still trundling along. Like a tank.

The first wave, coming on December 11th to Battlefield 1 season pass holders, will include two new maps – Cape Helles and Achi Baba – and will allow players to take part in the British assault on Gallipoli. The first wave will also include a new Infiltrator Elite Class, six weapons and two melee weapons, and a new L-Class Destroyer. Which we’re reliably informed is a ship.

The second wave of Turning Tides, coming to Battlefield 1 in January 2018, will bring two more maps – Zeebrugge and Heligoland Blight – with the British Royal Marines as a new class, and a C-Class Airship as a new vehicle.

Quite why the Royal Marines aren’t included for the 1915 British-led assault on Gallipoli is beyond you or I, but at least they’re not hidden in a loot box, eh?

Wait, really? Was that it? 15 whole seconds?

[An additional joke about the rest of the trailer being hidden behind a loot crate has been removed in the interests of not flogging a dead horse – Deceased Equine Welfare Ed.]