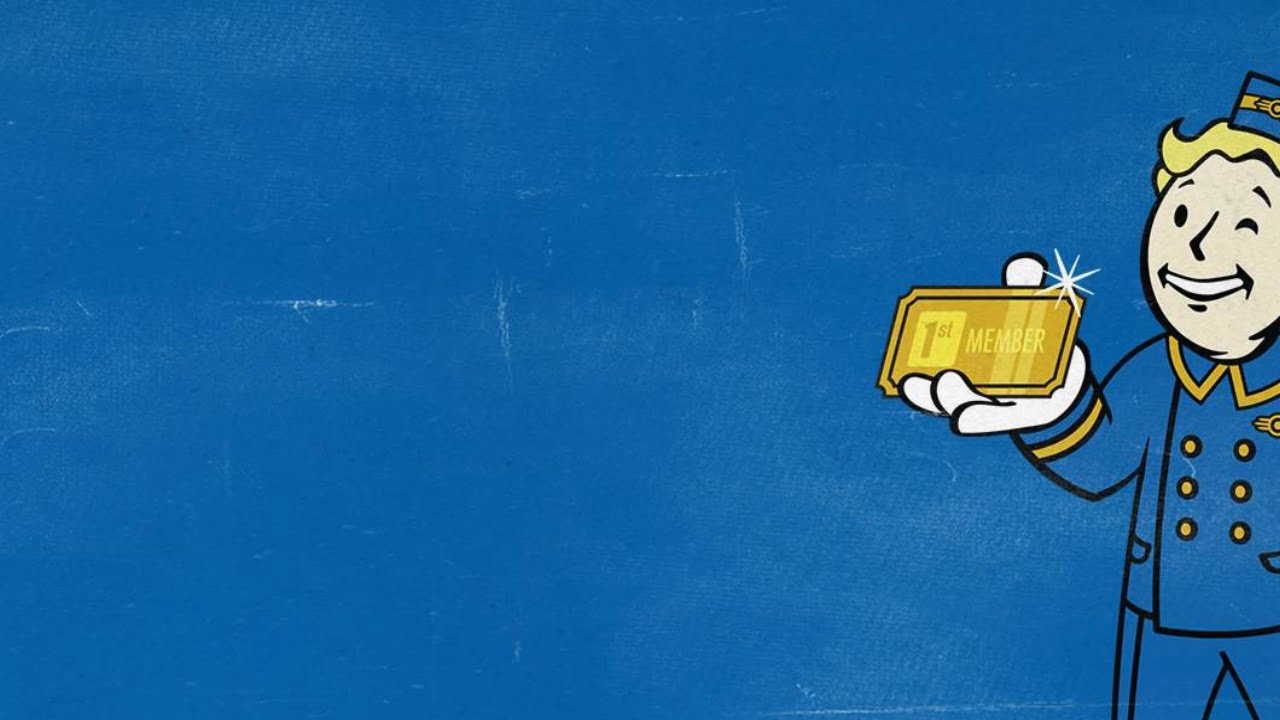 The launch of Fallout 1st inadvertently introduces a binary social class system to Fallout 76. It’s the most scathing social commentary we’ve seen in Fallout in years.

(To be fair, you do get some stuff included in Fallout 1st, including access to private worlds, unlimited storage for crafting components, and a movable tent you can use for fast travel. You also get significantly-increased monthly Atoms, Fallout 76’s in-game currency that you buy with real cash. It’s perhaps this final point, which feels rather pay-to-win, that has gotten the internet all riled up.)

In case you hadn’t picked up on the tone, people are rather upset about it. While most internet complaining is both unpleasant and not newsworthy, some of the Fallout 1st, erm, fallout – like this domain registration – is downright hilarious.

But there’s another unexpected consequence to the introduction of Fallout 1st: Fallout 76 has a class system now.

So the Fallout 1st icon, which Bethesda clearly thought would be a badge of honour for players, has painted a target on the backs of individuals who Fallout 76’s player population clearly feels are the post-apocalyptic bourgeoisie. The proletariat isn’t quite seizing the means of production, but it is making life uncomfortable for Fallout 76’s newly-formed upper class. And in a social construct where the odds are stacked so heavily in favour of the wealthy, and against the common folk? Being a belligerent nuisance is sometimes the best we can hope for.

Now if even players of Fallout 76 can get the hang of it, maybe there’s hope we can get rid of the Tories and Republicans after all.

As reported by Polygon, a new clan called the Apocalyptic Aristocracy has formed in Fallout 76. Like all of the most exclusive clubs for posh knobs, you can only join if you’re a member of the wealthy elite. In this case, that means a paid-up Fallout 1st subscriber.

Formed as something of a riposte to the prole uprising, where players were griefing and killing any players with the Fallout 1st identifier, the Aristocracy has – as have most very online things – grown out of memes and jokes. Specifically, around the notion that members of Fallout 76 high society, the 1st subscribers, were offering each other discounts on traded goods, while inflating the price for the unwashed masses.

From there a collection of memes and shitposting on social media has grown into a real collective, of around 300 or so Fallout 1st subscribers. It’s in part an extension of the joke, but it’s also a bit of safety in numbers, combined with the opportunity to form a bond and play with like-minded individuals.

“The anti-subscription players had become very toxic,” one of the Aristocracy’s founders, VectorZarak told Polygon. “So much so that players could not even discuss the private servers or the bonuses that came with them without being insulted or yelled at. What started as a joke quickly turned into a safe haven, where players who had subscribed could openly discuss Fallout 1st topics without being attacked.”

The Aristocracy spends most of their time dressing fancy, looking down on the common people, and generally feeling superior about the benefits their silver spoon affords them. Much like in the real world, then.

A class war may sound unpleasant, but in a game like Fallout 76, that has, in truth, been struggling since launch? It’s actually a rather lovely development.

“Nothing seems to bring people together like shared suffering,” said VectorZarak, “and the past week has seen a lot of venom spewed toward Fallout 1st members. I want to give players a place to go where they can peacefully discuss and plan with others who use the private servers.”

“We know [Fallout 76 is] not perfect, but developers don’t work for free, so we do what we can to help fund the improvement and expansion of the game,” he concludes. If only the real upper classes were so benevolent.