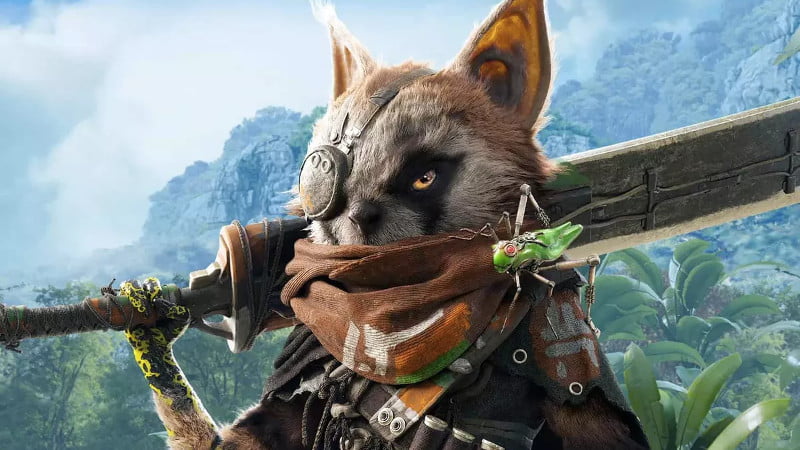 A few days ago, nobody new anything about Biomutant. Now we’ve seen both a cinematic and gameplay trailer.

I was having a think about the best way to describe Biomutant, the newly-announced open world, action RPG from Experiment 101, the studio behind Mad Max and the Just Cause series.

It’s a bit like… Horizon Zero Dawn crossed with Nier: Automata, right, but there are mechs and stuff, and also, you play as a Rocket Raccoon analogue? Yes, that’ll do. Biomutant is like HZD for furries.

Anyway, here’s the rather cute and swish cinematic announcement trailer, that we saw a few days ago:

And here’s the first look at Biomutant gameplay, in this Gamescom 2017 trailer:

It’s certainly a very different open world to what we’re used to. It’s lush and green like Breath of the Wild, though less painterly in style. It’s also sort of post-apocalyptic, like Horizon Zero Dawn, but instead of giant robot dinosaurs we’ve got massively evolved, mutated small mammals.

We’ve also got classic action RPG combat, like Nier, but there’s contraption building and things to ride into battle on (like mechs, and a giant robot hand version of Thing from The Addams Family, for some reason).

So yeah, Biomutant is a bit of an oddity, really, but it seems fitting that it’s a strange, mutant hybrid.