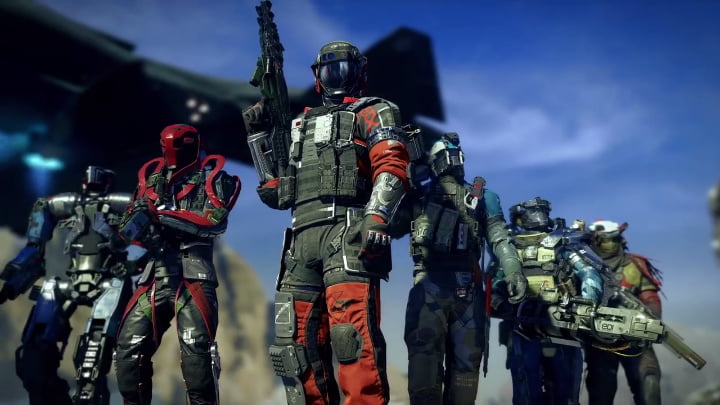 It’s time to get boots on the ground – or to get your ass to Mars – in the Call of Duty: Infinite Warfare multiplayer beta.

People are decidedly split over Call of Duty: Infinite Warfare’s space-age setting. While EA’s Battlefront series has gone back to the genre’s roots with its First World War story, Infinity Ward’s shooter has taken a big swerve in the opposite direction, featuring the game’s most sci-fi setting yet. Combined with the rather lovely movement systems from Black Ops III, there’s the potential for an intriguing new experience – at least, for a Call of Duty game – but it’s just feeling a little too far fetched for some.

If you can reserve judgement for just a little longer, then you’ll all be able to see for yourselves: Activision have released the details of the Call of Duty: Infinite Warfare multiplayer beta.

PS4 players will get their hands on the Infinite Warfare multiplayer beta first, and will have the beta all to themselves on the weekend of October 14/15/16, commencing at 6pm GMT on the Friday evening, and lasting through to the wee small hours on Sunday. The beta will then be widened to Xbox One gamers the following weekend, October 21/22/23, following the same schedule as the previous weekend.

How does one gain access to the Call of Duty: Infinite Warfare multiplayer beta, you might be wondering? Why, you need to pre-order the game, of course.

While every piece of modern history suggests that pre-ordering video games is a really bad idea, publishers are working hard to ensure that they incentivise the early handover of cash, by dangling something tantalising in front of players. Usually that’s in the form of extra equipment or visual tweaks, but the offer of beta access is perhaps even more tempting.

At least with a Call of Duty game you can be damn sure what you’re going to receive: a six-hour collection of interconnected corridors masquerading as a single-player campaign (with some sort of nonsense sci-fi “story” shouted at you over explosions and gunfire by macho bros) followed by an all-you-can-eat buffet of online multiplayer, that’s quite good and can give you real value for money, if you like that sort of thing.

It’s rather unlikely that anyone pre-ordering Call of Duty: Infinite Warfare to get their hands on the multiplayer beta is going to be in any way surprised by the formulaic finished product, and if you’re at all disappointed, you’ve really only got yourself to blame.

Pre-order Call of Duty: Infinite Warfare from Amazon. You know. If you must.