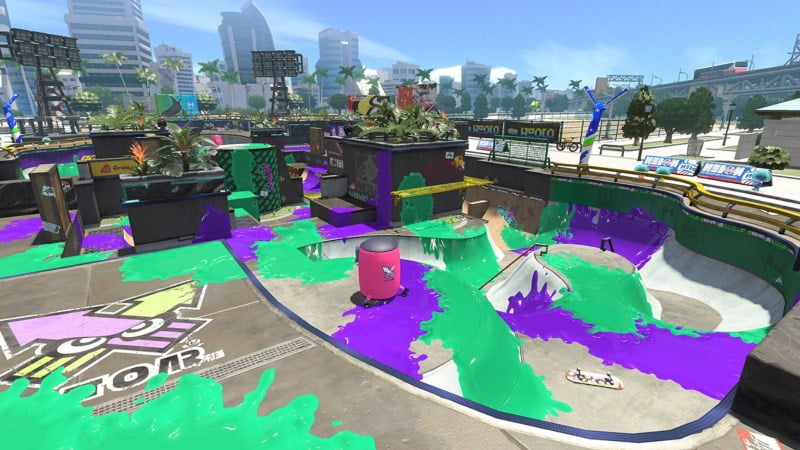 Blackbelly Skatepark, the place where all the rebellious, er… squid children… love to hang out, is coming back in Splatoon 2.

The original Splatoon didn’t have many maps when it launched back in 2015. It had five, to be precise, which is pretty poor for an online shooter. Mind you, it also didn’t have voice chat and we were fine with that, so not all omissions are bad ones.

One early highlight was Blackbelly Skatepark, though. Its smooth curves and undulating bowls make for some surprisingly fluid, graceful traversal, particularly when you’re swimming through friendly ink. It feels fun and fresh, and captures the essence of the game.

And now, three months after Splatoon 2’s release – and just over half a year into Nintendo’s best year in recent memory – Blackbelly Skatepark is coming back. It will be a welcome addition to Splatoon 2’s roster of maps, and proof positive that Nintendo is taking ongoing support of their online properties seriously.

The classic stage Blackbelly Skatepark will be added to #Splatoon2 this Saturday! pic.twitter.com/Um6cVhroJv

It looks comfortably familiar to the first game but also shiny and new, just like Splatoon 2 itself.