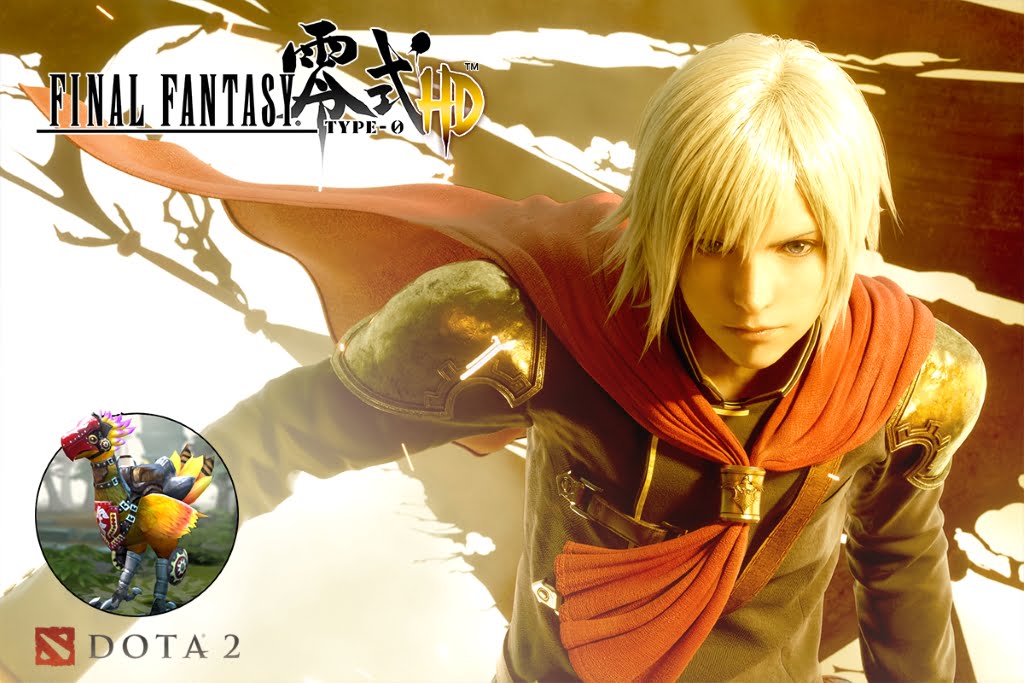 Final Fantasy Type-0 HD was notable for two reasons when it released on PS4 earlier in the year:

Other than that, it was a fairly solid Final Fantasy title. Final Fantasy Type-0 HD probably didn’t get the credit it deserved, because most people were literally just buying it for the Final Fantasy XV demo. Oh well.

Final Fantasy Type-0 HD is back, and it’s coming to PC. Here’s what Square Enix had to say about the tweaks and new features that are making their way into the PC port:

Did they say… “scalable motion blur”…?

And by “scalable” we’re presuming they mean you can turn turn the bloody awful feature off altogether, and actually hold onto your lunch while playing…?

Thank Odin for that!

With one hand Square Enix giveth, and with the other, they taketh away, but there’s more – they have teamed up with Valve to offer a Chocobo and Moogle as bonus characters in DOTA 2 for anyone who pre-orders before the August 18 release.

Pick up Final Fantasy Type-0 HD for PS4 from Amazon now, if you can’t wait.