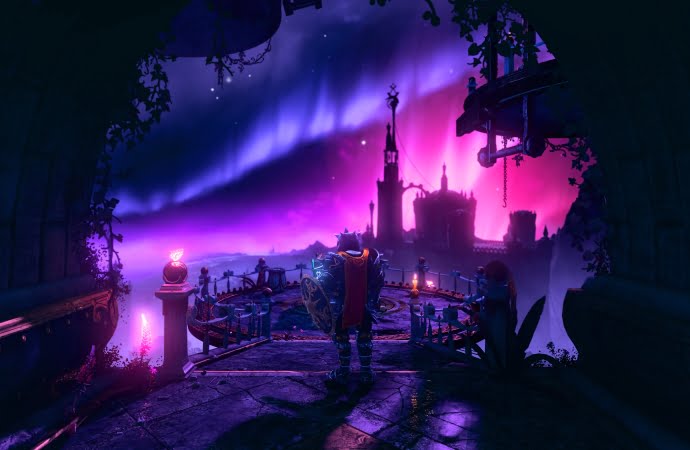 “I don’t want the development team, the people who made this game, losing their sleep or even their health.”

The internet is a savage place.

The sort of mob-mentality, of grabbing your pitchforks and flaming torches to run someone you don’t care for out of town, has long since been drubbed out of socially acceptable behaviour in society. Unfortunately, the anonymity of the internet combined with the speed of its activity gives this kind of undesirable nastiness a place to thrive.

You have to grow a pretty thick skin to exist online, for the most part. Perhaps we’ve all tried biting back once or twice, discovered it to be entirely futile, and resorted to what should have been plan A from the start: Ignoring it, and getting on with your life.

I was surprised this morning then, to see a Trine 3 apology video surface from Finnish developer Frozenbyte.

Let’s be honest: It has been widely accepted that Trine 3 hasn’t been the success its predecessors were. There have been a few grumbles about the transition to 3D and the smaller skill tree than Trine 2, but the majority of complaints have referred to the shortened duration of the game in relation to its forebears – around half that of Trine and Trine 2 – and the cliffhanger ending, suggesting a second installment would be following. It’s Broken Age all over again, folks.

So there you have it, the Trine 3 apology in full. Kai and his marketing team accept full responsibility for not making the public aware of the shorter/two-part nature of the Trine 3 story before its release.

Everybody is very sorry for the disappointment they’ve caused, and essentially they’d like the internet savages to stop picking on the developers because – and this might shock you, troll-people – the things you’re saying can be pretty unpleasant, and people who don’t work in areas like marketing (or journalism, for that matter) may not have developed the public-facing thickened hides they need to survive these onslaughts.

Please accept Kai – and Frozenbyte’s – Trine 3 apology and allow the developers to move on, because one more thing seems pretty certain: They won’t be making the second part of Trine 3 a result of the backlash.