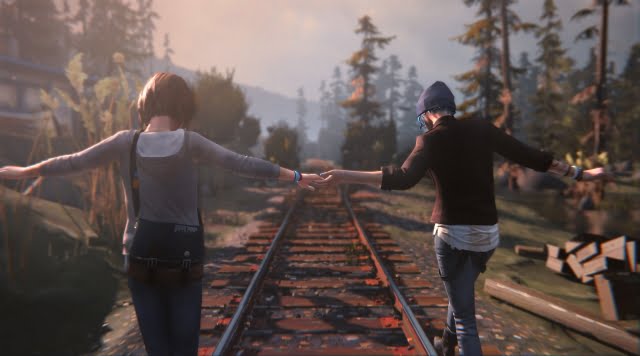 Square Enix and Dontnod launch the hashtag #LISFinale to mark the occasion.

Life is Strange has turned out to be something of a revelation, and not just in the ever-rejuvenating world of point-and-click adventure games. It’s real-world teenage sensibilities combined with a dash of Heroes and a massive bucket-full of Twin Peaks has really captured the imagination of the gaming world, but alas, all good things must come to an end.

Life is Strange Episode 5 – ‘Polarized’ – will be with us on October 20, 2015. The release date was announced on Sony’s blog, along with the following extra tidbits:

“We don’t normally announce a date until we know the game is 100% ready but in the spirit of Max’s birthday (today) we wanted to let you know early that we are aiming to release Episode 5 ‘Polarized’ October 20.

Many things can change in the lead up to release but the team are working really hard to try and hit this date. We know the wait may be a bit longer than some of you were hoping for but we want to ensure Episode 5 is the best it can be.” – Luc Baghadoust, Dontnod Entertainment

Exciting stuff, but tinged with a hint of sadness: We don’t yet know, with the advent of Life is Strange Episode 5, whether there will be a season 2.

Dontnod aren’t against the idea, but they have said it would probably be with a different cast and different plot/setting. Which makes sense, but it will be hard to let go… unless of course, the end of the world does come in Life is Strange Episode 5, and then it will be somewhat easier.

One silver lining to all this is that when Life is Strange Episode 5 is released on October 20, the whole series will be available to consume in one marathon session, and presumably a full series bundle will follow. It’s good news for the binge-watchers of the gaming world, at least.

The hashtag that Dontnod and Sony are pushing to go with Life is Strange Episode 5 does feel rather final, though: #LISFinale

Pick up a Life is Strange season pass from Amazon now.