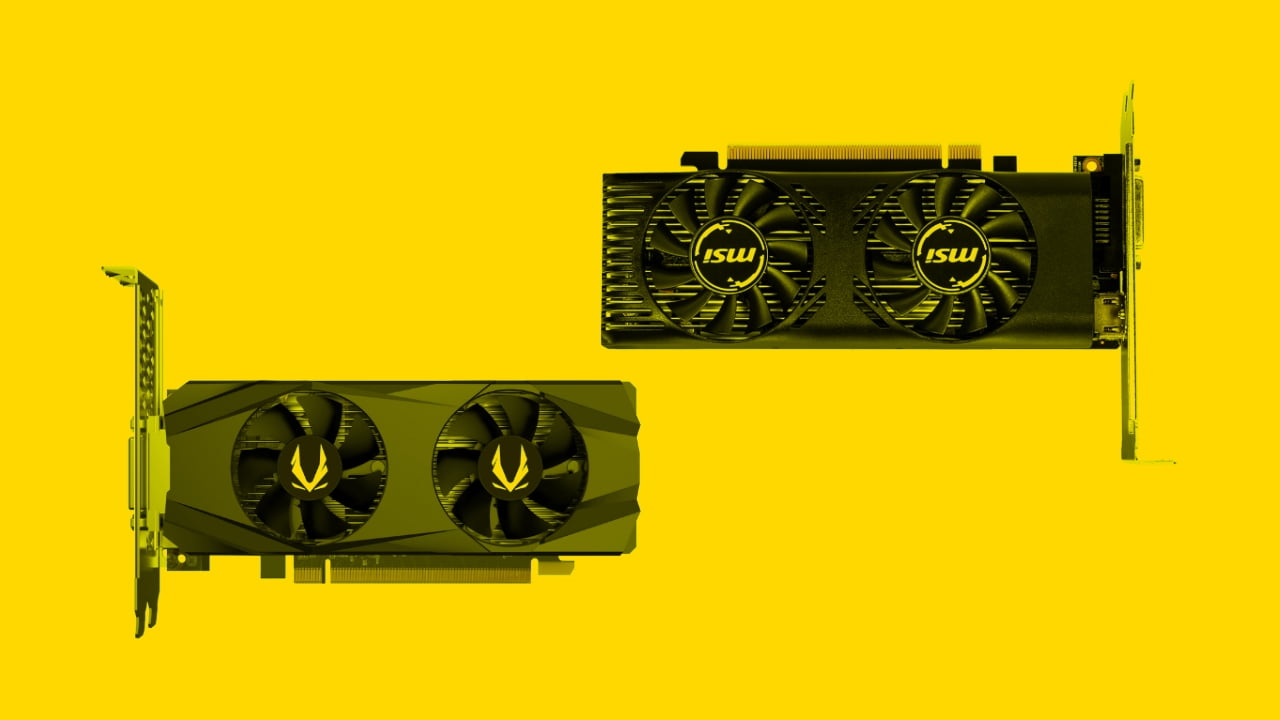 MSI and Zotac are bringing low-profile GTX 1650 cards to the market soon.

With every technology refresh, you get a little more performance out of a little less (or at least, the same amount of) power. In the current generation, Nvidia’s GTX 1650, based on its latest Turing architecture (but without the RTX cores), offers an impressive increase over the previous gen. Specifically, it’s about 70% faster than the GTX 1050, and 30% faster than the GTX 1050 Ti.

One of the other nice things about these lower-powered cards is that they don’t require an additional power connector. The GTX 1650 draws just 75 watts of power, and can be operated from a power supply as meagre as 300 watts.

Less power means less heat, which means less cooling requirements. This, in turn, means that – after the initial tranche of standard-sized cards – manufacturers can start bringing out smaller sized cards. More often than not, these are stubby, single-fan cards design to be not much longer than a mini ITX motherboard.

The other small form factor variant, as rare as rocking horse faeces these days, is the low-profile graphics card.

There are three low-profile GTX 1650s announced thus far, two from MSI and one from Zotac:

So in summary: one of the MSI cards is stock; the “OC” variant gets a very modest bump to its boost clock speed; while the Zotac is also stock (but has an extra port).

There’s no release date for the first batch of low-profile GTX 1650 cards, but expect to see them sometime this summer. You can also expect them to be priced slightly higher than the full-sized cards. It’s something of an inconvenience tax for manufacturing the smaller cards.

What’s really interesting is – if Nvidia eventually comes out with a GTX 1650 Ti – whether we’ll see a more powerful low-profile graphics card in this generation.

Maybe AMD’s new architecture will have something meaningful to offer in the low-profile graphics card market, but they’re yet to release any information on cards at the lower end of the spectrum.