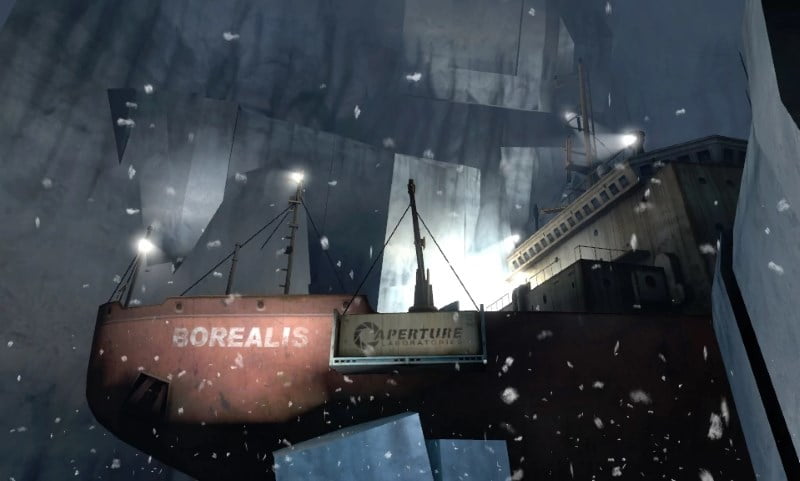 This is a work of fiction. Any resemblance to actual persons, living or dead, or anything that might be copyright Valve Corporation, is purely coincidental.

This is a story that needs little exposition. You’d have to be living under a rock (or through an inter-dimensional portal) to now know that everyone is a teensy bit miffed with Valve for not finishing the Half-Life saga. Specifically, the fact that Half-Life 2: Episode 2 ended on something of a cliffhanger, hurts the most.

More specifically, the fact that Valve has stopped making story-driven games like Half-Life at all – instead favouring a business model that revolves around running the world’s biggest game store, and selling people hats and skins for MOBAs and competitive shooters – is what really pisses people off.

Even people who like Dota 2 don’t want Artifact, Valve. Nobody wants Artifact.

But what they do want, is more Half-Life. They want Half-Life 2: Episode 3 more than they’ve ever wanted anything, but sadly all of the Valve old-guard – with the exception of Gabe Newell – have since left the building, including writer Marc Laidlaw, in 2016.

Now let’s just say for a moment that Marc Laidlaw knows how Half-Life2: Episode 3 was supposed to go down. Maybe it’s the absolute, would-have-been canon plot of the continuing adventures of Gordon Freeman. Maybe it’s an idea of where he wanted to take the story, had he been allowed to write it. Or maybe it’s somewhere in between, but one thing is for sure: Valve sure as hell aren’t going to let that see the light of day in their post-video game making world.

But if Marc were to write a piece of completely abstract, gender-swapped fan-fiction, that just happens to have settings and characters and story lines that resemble what might have happened in Half-Life 2: Episode 3, and publish it on his blog… well, that seems like fair game, doesn’t it?

Ladies and gentlemen, may we present to you the further adventures of Dr. Gertie Freemont and Alex Vaunt, on their mission to track down the missing cruise ship, the Hyperborea, and save the world from the malevolent Disparate. This is Hive-Laugh 2: Epistle 3. Enjoy.

Oh, and somebody please make sure they’ve got a copy of that, because, you know, Valve probably has some pretty fierce lawyers. Also, Laidlaw’s blog has been down several times since the post was published, so there’s that, too.