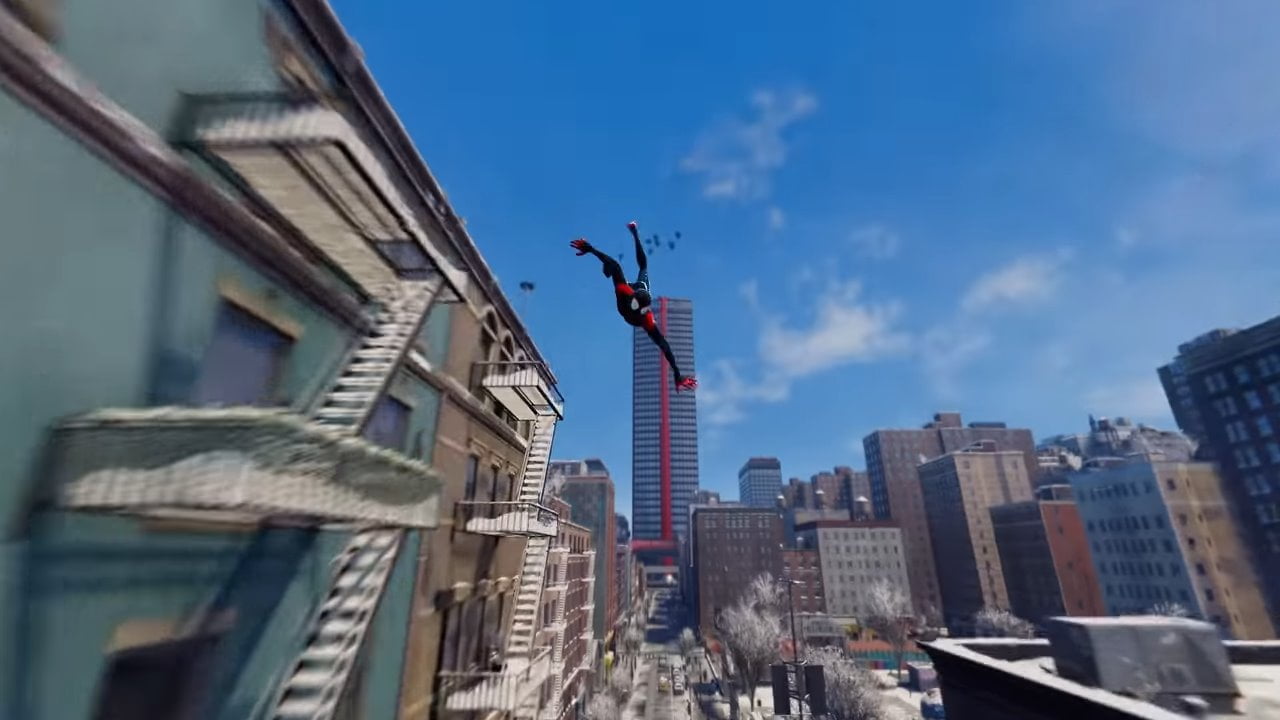 Insomniac’s homage to Into the Spider-Verse even animates the new suit on twos, which looks astonishing in the game’s hyper-realistic New York City.

After its less-than-clear-cut next-gen upgrade policy, and that whole weird Face/Off deal with Peter Parker, Marvel’s Spider-Man: Miles Morales needed a PR win. Don’t get me wrong: it looks great and we’re all super-excited to play as Miles, but it’s not so clear-cut as Xbox’s “ENHANCE ALL THE THINGS!” policy. (And to be fair to Insomniac, they’re not the only ones getting it wrong. Control is a whole deal, too.)

Adding Miles Morales’ custom, black-spray-painted Spider-Man suit from beloved animated movie, Into the Spider-Verse? That might just do it.

Adding the Spiderverse suit to Marvel’s Spider-Man: Miles Morales is one thing. It would be (relatively) easy to just modify one of the existing suits, as Miles did with a spray can in the movie. But to figure out a way to animate the Spider-Verse suit, just like it is in the movie, without modifying the rest of the game? Why, that would be some sort of wizardry.

Which is, er, exactly what Insomniac has gone with the Marvel’s Spider-Man: Miles Morales Spider-Verse suit.

Two notes on this development:

Hmm. It’s another bit of unclear messaging. So close to a clear-cut win on this one, Sony!