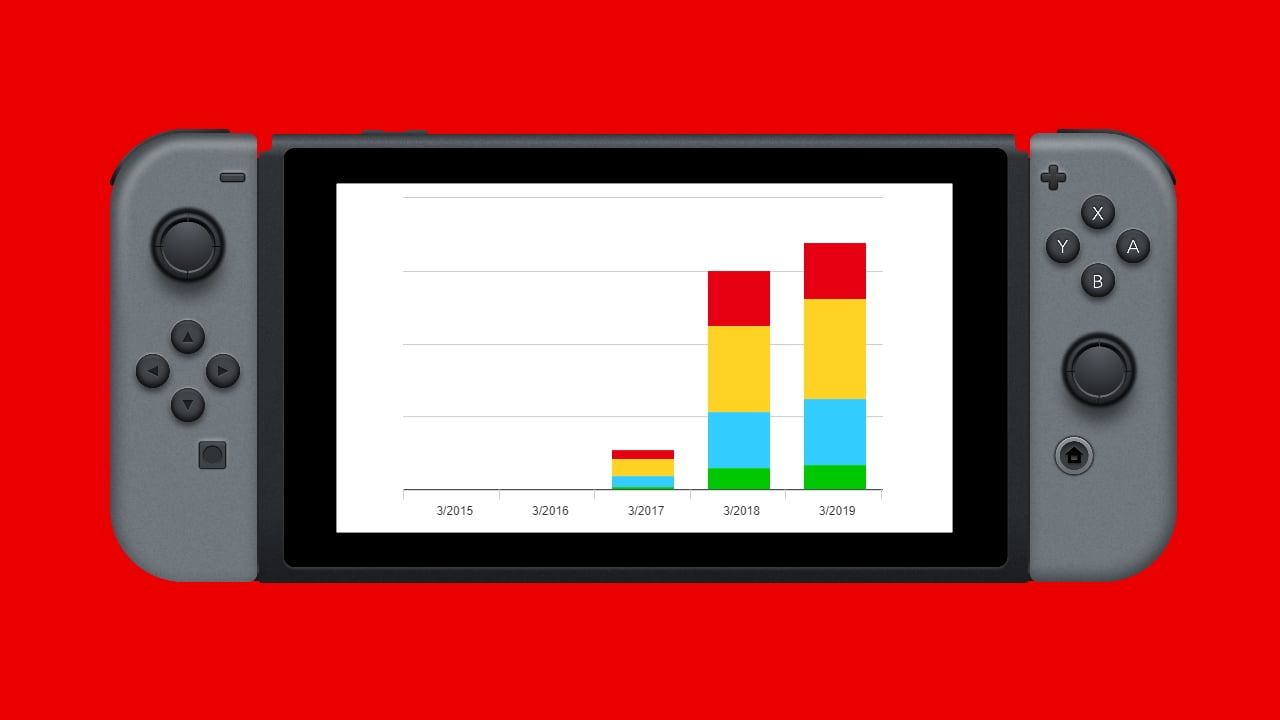 The Nintendo Switch overtakes the SNES for third place, and is in seventh place overall when we include handheld hardware.

Today, Nintendo released a nine months earnings review report, up to December 31, 2020. It’s a typically dry series of numbers that you won’t be too interested to read.

However, Nintendo has also updated the statistics for its hardware and software sales to the end of the report, which makes for far more interesting reading.

Chief among the interesting tidbits is the news that the Nintendo Switch has sold 52.48m units. That means the Switch has surpassed the Super Famicom/SNES (on 49.1m) and is closing in fast on the Famicom/NES (on 61.91m).

That puts the Nintendo Switch into third place of all of Nintendo’s consoles. Here’s the full ranking:

That figure also includes 5.19m sales of the new Nintendo Switch Lite. If you include all of Nintendo’s other handhelds in the ranking – which only seems fair – then the Nintendo Switch is in seventh place overall. Again, here’s the full ranking:

So while the Nintendo Switch and Switch Lite have a long way to go to topple the 3DS, and possibly even the Game Boy Advance, that’s looking eminently possible over the next couple of years.

Cracking the top three, though? The 101.63m entry point set by the Nintendo Wii is enormous, while the lifetime sales of the Nintendo DS are astonishing.

Not got yours yet? Shop for a Nintendo Switch on Amazon.