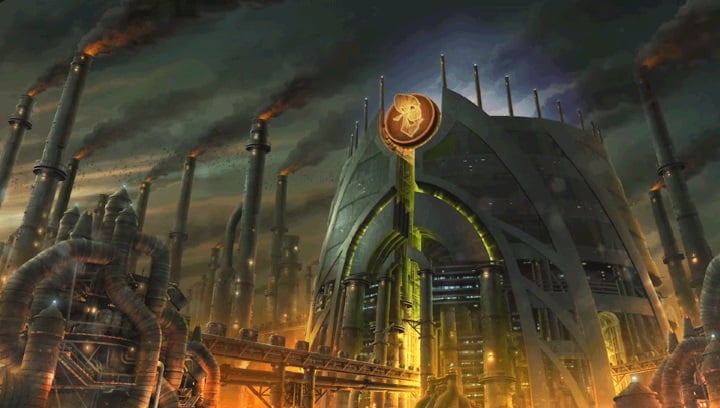 Oddworld: New ‘n’ Tasty is also Cross-buy, so if you already own it on PS3 or PS4 you can download the PS Vita version for nothing. Delicious.

Oddworld: Abe’s Oddyssee was a strangely formative experience for many younger games on the PlayStation back in 1997. What outwardly appeared to be a fairly standard platform-adventure game (with a cute-in-the-right-light alien protagonist) quickly revealed itself to be a tale of uprising by disgustingly abused slaves whose mouths were sewn shut, forced to work in a meat-processing factory that turned out to be a bloody soylent system, where the slaves themselves were the meat.

And now, Oddworld: Abe’s Oddysee – or Oddworld: New ‘n’ Tasty, as the remastered version is known – has finally made its way to the PS Vita, having already done the rounds on PS3, PS4, Steam and Xbox One. It’s Cross-buy with the PS3 and PS4 versions so if you already own it, you can download Oddworld: New ‘n’ Tasty to your PS Vita for nothing, which is nice.

Just make sure you save as many of the Mudokons as you can on your way through the RuptureFarms factory – at least 50 of the poor creatures – because an already dark premise becomes really grim if you get the ‘bad’ ending.

Pick up Oddworld: New ‘n’ Tasty from the PlayStation Store.