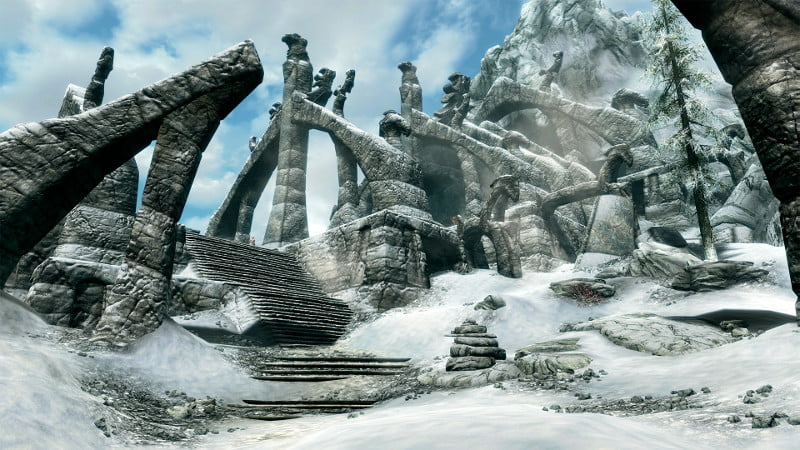 No, none of that user-generated stuff – there’s an official, Bethesda-developed Skyrim Survival Mode on the way.

The difficulty curve in Skyrim is an odd thing.

For about ten experience levels, dragons are a thing to be feared. If one interrupts you while you’re in the middle of fighting something else, you might as well reload your save immediately. Caught out in the open with nowhere to hide from the fiery barrage? Sorry mate, in that metal armour you’re basically a human hot pocket.

Then something changes. You hit a new level – I don’t remember exactly which one – and all of a sudden, it’s just so easy. You’re chasing dragons down, cursing them for being cowardly and not coming down to fight you properly.

“Get back down here and meet your fate you stupid, oversized, flying gecko!” You scream at the screen, before literally shouting a twenty foot tall dragon to death.

So if you need the fifth Elder Scrolls adventure to be more challenging? You’re going to want to check out the new Skyrim Survival Mode. It’s a complicated beast, and will introduce the following features:

Survival Mode is available now in beta form, on Steam, from the somewhat controversial Bethesda Creator’s Club. It will launch on PS4 and Xbox One next month, and for the first seven days will be free to download. Once that week is up, the Skyrim Survival Mode won’t be free any more, and we don’t yet know how much it will cost.

There have of course been Skyrim mods that enable survival features – hunger, thirst, tiredness – before, but these have been community generated affairs, rather than official, Bethesda-developed game modes. Good examples are Campfire and Frostfall, if you want to check out the alternatives.