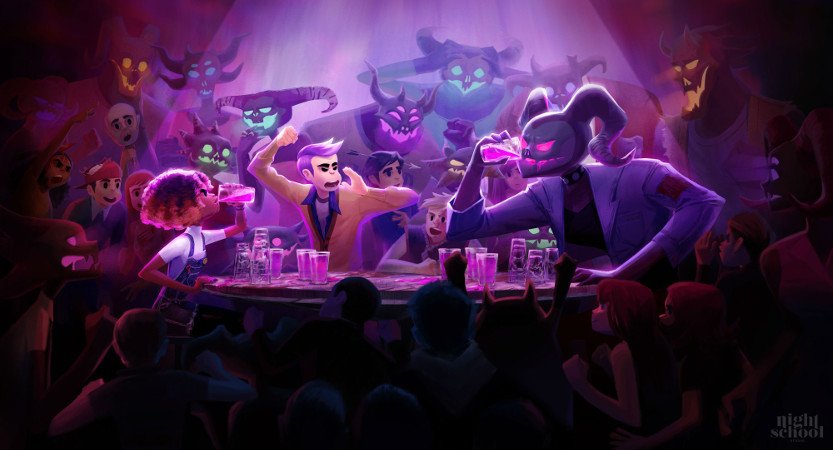 You think you’re having a bad day? The kids in Afterparty have to best the Devil himself in a drinking contest to escape from Hell.

Oxenfree is a marvellous game. A mixture of teen drama and supernatural thriller, wonderfully written and with a killer aesthetic, it was an early highlight of 2016. It’s so well thought of that Robert Kirkman’s production company, Skybound – yes, The Walking Dead guys – has picked it up to turn into a movie and a web series.

So how do you follow such a unique experience? You do something equally unique for your second game. And maybe a bit bonkers, too.

Night School Studio’s next game is called Afterparty, and it’s a game about getting drunk with the devil.

Specifically, Afterparty is about two college students who die unexpectedly, and find themselves in the underneath, fiery, unpleasant side of the afterlife. They’re not entirely sure what they did to deserve that most horrific of fates, but rumour tells of a way to escape: if you best Satan himself in a drinking contest, you’ll get a pass out of Hell.

We’re not sure if that means out of Hell and back into the land of the living, or an express elevator up to the fluffy clouds and cherubs version of the afterlife. Spoilers, presumably.

So in the course of Afterparty, the events of which take place over one raucous night in Hell, you’ll drink your way around the netherworld in the world’s strangest bar crawl – including karaoke, beer pong, and other forms of debauchery – before challenging Be’elzeboss himself.

If you were thinking this sounded like a cross between that bit from Bill and Ted’s Bogus Journey – where they challenge Death to games like Battleship and Twister – and Tenacious D’s Tribute, you’re damn right.

It’s not coming until 2019, but based on what we’ve heard about Afterparty so far – and of course the Oxenfree pedigree – we’re really excited about this one. 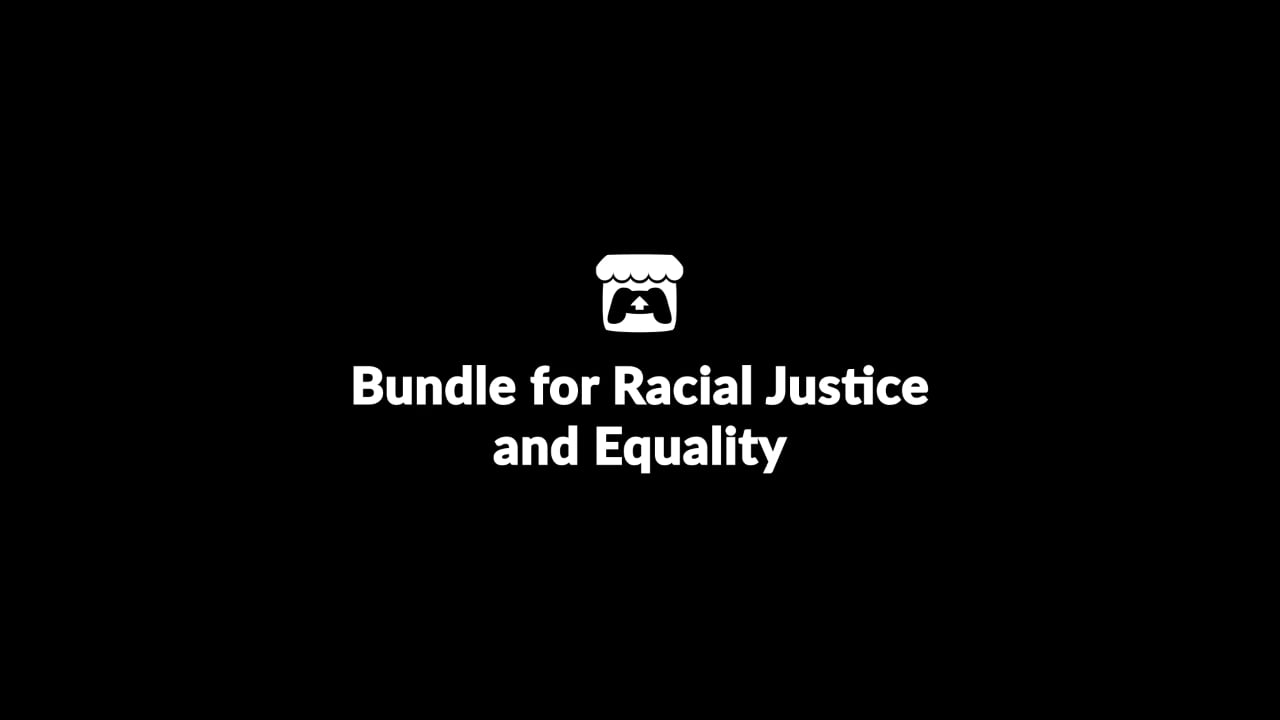 Last chance to get 1700 games for $5 in the Itch.io Bundle for Racial Justice

There are over 1300 games in the Itch.io Bundle for Racial Justice and Equality and it costs just $5. But you can pay more than five bucks, of course.
4 minute read 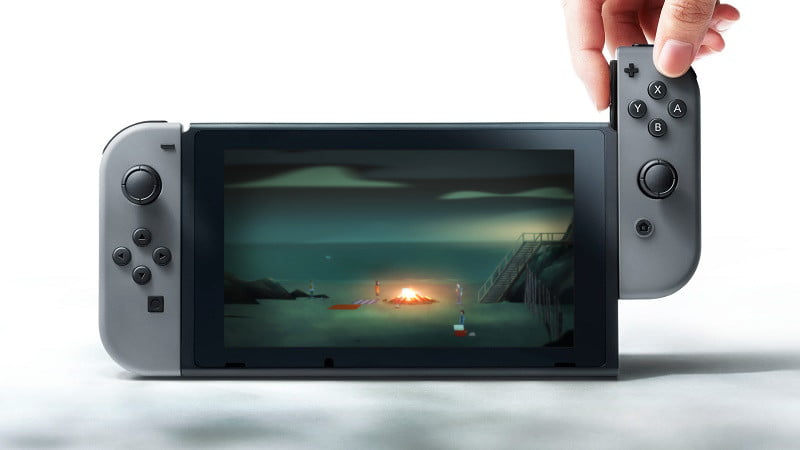 The Oxenfree Switch version gets a release date 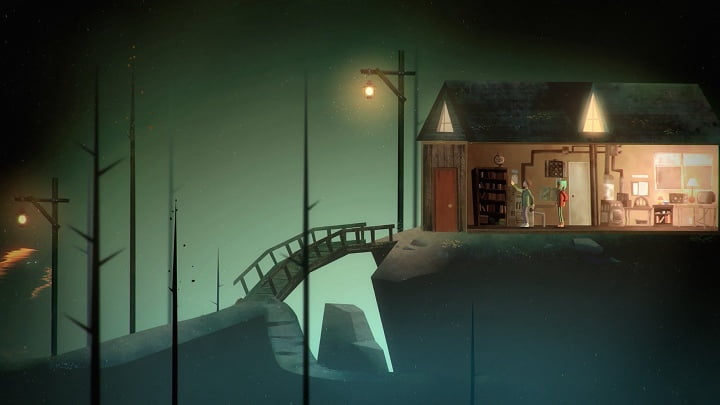 Oxenfree isn't even out yet – it comes to PC, Mac and Xbox One on January 15 – but it's already getting an expanded universe.
2 minute read
© 2022 Thumbsticks | Interesting articles about video games.