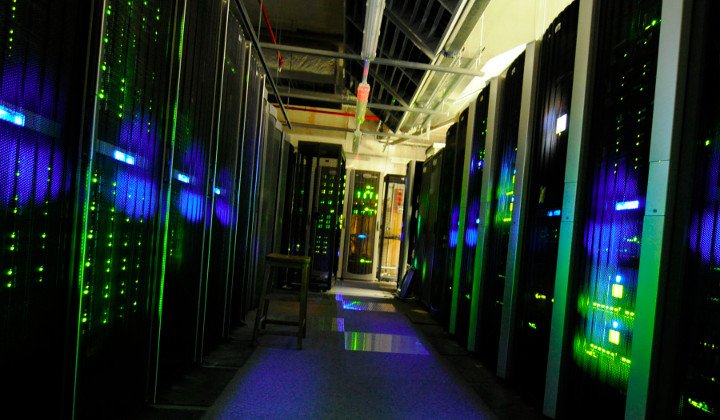 It’s funny watching the world go crazy when a service like Steam goes down. Thankfully it’s now starting to come back up.

It all just goes to reinforce what an absolute lynchpin of the gaming world Valve’s distribution platform has grown into. This isn’t like losing a single shop; with a combination of shopping, distribution, online play, and community services, Steam is more like losing an entire city centre, in online gaming terms.

Taking to Twitter – using the hashtag #steamdown – we’ve been watching the spread of chaos. The official Steam accounts have been surprisingly quiet, but everyone else is rather vocal about it.

Some Steam users have been handling it fairly well, and taking it as an opportunity to spend more time with their loved ones around Christmas:

Just met my family, they seem to be nice people#steam#steamdown

While some people are taking it all a little less well:

Just had a mini heart attack, loaded up steam and it said I had nothing in my inventory 😭 #SteamDown #HBD_Gaben #ddos_attack

But mostly, as the internet does, they’re smiling through gritted teeth and using the Steam outage as a source of humour:

It might be more simple than you think
#steam #steamdown pic.twitter.com/rJ8TWbLbR6

While others are using it to do something else with their time (usually just playing other games that don’t rely on Steam to be honest):

When #steam is down and you boot up #Origin to see what you got installed #steamdown pic.twitter.com/25bO3M4Ugd

The ability to login via the Steam Client came back online first, but some players found they were struggling with client updates and library downloads that weren’t running correctly. Some players were finding their libraries were empty, and others were able to see everything and not launch.

Clicking on the Store tab from within the Steam Client, and the online Store (store.steampowered.com) were both still down.

Then the ability to download games already in your library – including redeeming keys purchased elsewhere, which was something of a workaround if you just had to buy something there and then – started to trickle back online. The Steam Community also seemed to be coming back online around this time, but some links were going nowhere. We’ve confirmed, here in the UK, that we’ve been able to download updates to already installed games and even kick off downloads for library games not already installed.

As of around 19:30 GMT (14:30 EST) the Steam Store seems to be back online, at least here in the UK. It’s a little slow and odd links aren’t working here and there, but things are gradually grinding into life.

As for the source of the outage? While some users initially thought it might just have been grinding under the weight of the Steam Winter Sale chaos, it appears to have either been a technical fault or a distributed denial of service (DDoS) attack, designed to bring the Steam Service to its knees.

While a couple of groups have claimed responsibility for the Steam outage, this has yet to be officially confirmed.