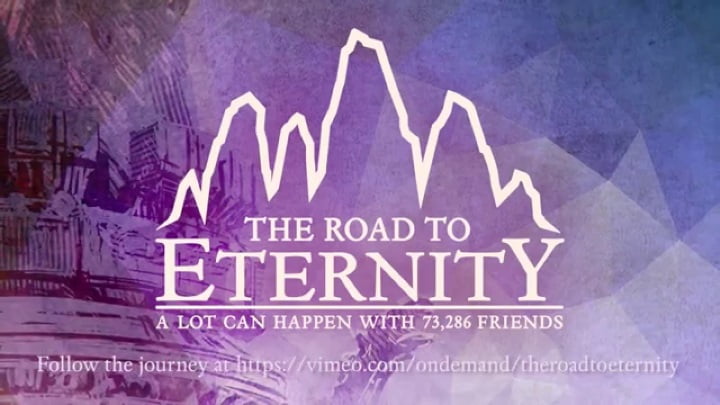 The Road to Eternity is a feature-length documentary of how Obsidian Entertainment produced the massively successful Pillars of Eternity.

Ever feel like the world of game development is a black box, a difference engine that we cannot hope to peer into, merely observe the finished products that drop from the chute and into our eager, grubby hands? Well wonder no more, folks – assuming of course that your frame of reference and area of interest is largely limited to AD&D-style cRPGs – because The Road to Eternity is here to quench your thirst for knowledge.

Pillars of Eternity has been one of the bigger gaming success stories to come out of the quality control tombola that is Kickstarter. As with other popular projects – like Yooka Laylee and Elite: Dangerous – the experience of the team behind it counts for a great deal when garnering faith from the crowdfunding public; so it was perhaps no great surprise that Pillars of Eternity was successful, given that the pedigree of roleplaying game veterans Obsidian Entertrainment.

A good Kickstarter doesn’t just offer the final product, though. If there’s a threat that the game won’t be made at all then that may be motivation enough for people to back a project. There was however little danger of that when Pillars of Eternity – then known simply as Project Eternity – smashed its initial goal of $1.1 million, eventually finishing up close to $4 million. In those instances, you need to offer additional motivation to get punters to part with their cash, and behind the scenes info on how the project is progressing can be a powerful incentive; it’s certainly cheaper and easier than shipping physical merchandise.

So for everyone who backed Pillars of Eternity at the $20 level or above, alongside all the other various rewards, was the promise of a behind the scenes documentary on the making of the game known as The Road to Eternity. Produced by Creative Lane, in association with the wonderfully-named Egg Sandwich Entertainment, The Road to Eternity is a 1 hour 24 minute documentary that released in parts during the development process.

The Road to Eternity is free for those aforementioned Kickstarter backers, but you can also stream The Road to Eternity from Vimeo in its entirety for $0.99. The trailer is above for your perusal, but if you’ve got an hour and a half to kill and a passing interest in RPG development, then this might be right up your alley.

Like old-school cRPGs? Then check out our not-really-a-review of Pillars of Eternity.