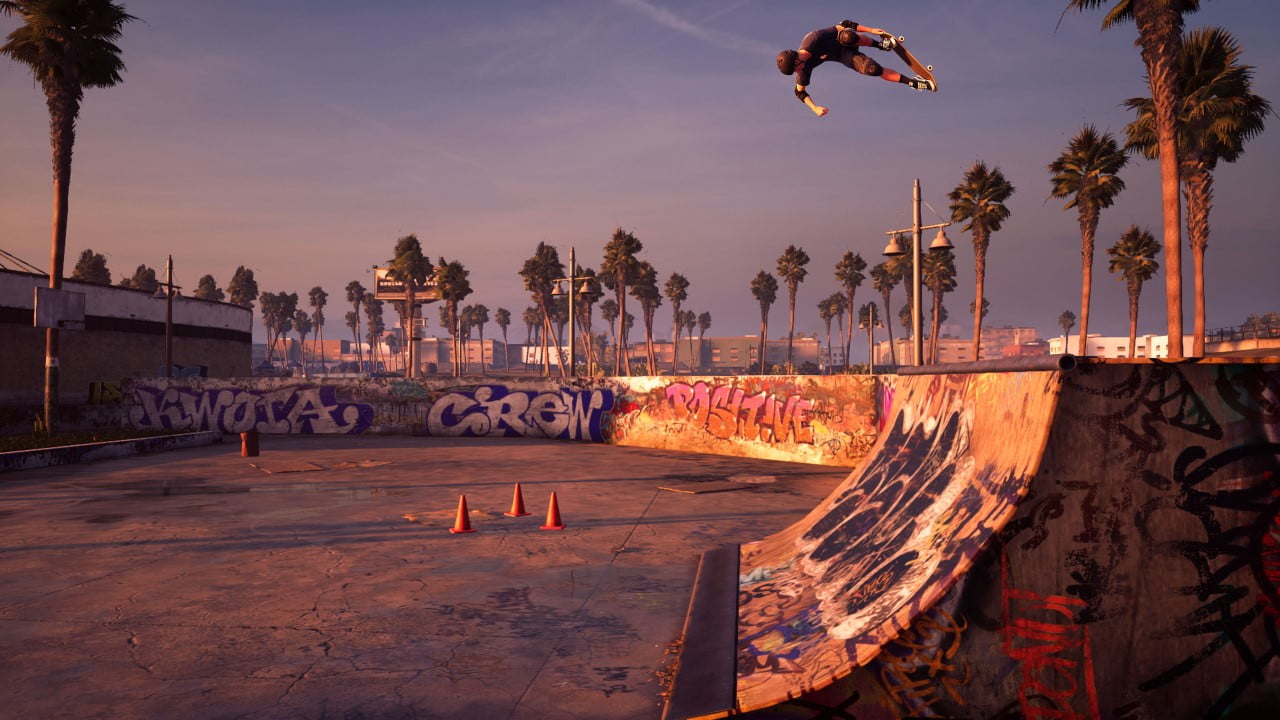 My experience with Tony Hawk has, more often than not, been mediated by Vicarious Visions.

The prolific studio once put out 14 games in a year (12 in their still-ridiculous runner-up), porting just about every popular early aughts IP to Nintendo’s handhelds. If there’s a mascot platformer you loved on consoles, chances are Vicarious Visions broke it down to its barest essentials – which usually meant a switch to 2D – and put out a Game Boy Advance version.

For much of its 30-year history, the Activision subsidiary has had the unenviable task of making worse versions of beloved games, dumbing down the graphics and simplifying the gameplay until they had something that would keep a seven-year-old kid happy enough on a long car ride. They did impressive work for unimpressive hardware.

In recent years, though, Vicarious Visions has finally had the opportunity to give games glow-ups. With 2017’s Crash Bandicoot N. Sane Trilogy, the studio lovingly reimagined Naughty Dog’s decades-old original run for modern hardware, kickstarting a wave of remasters at Activision (Crash Team Racing: Nitro-Fueled from Beenox, Spyro Reignited Trilogy from Toys for Bob) and clearing a path for a brand new Crash Bandicoot game, Crash 4: It’s About Time, set to release next month.

Now, Vicarious Visions has focused that same love and attention on remaking the series they spent the ‘00s de-making for handhelds. Tony Hawk’s Pro Skater 1 + 2 is a fantastic remake of the earliest games, and a wonderful return for a series that went out on the sour note of 2015’s Tony Hawk’s Pro Skater 5. It also proves that if Activision is interested in continuing to cash-in on nostalgia, Vicarious Visions is one of their most essential assets.

Skating in Tony Hawk’s Pro Skater 1 + 2 feels effortlessly good – exactly how you probably remember these games feeling. Despite the fact that I hadn’t played a Tony Hawk game in almost 15 years, re-learning the controls was easy and fun. An optional, extensive tutorial with VO instructions from the Birdman himself is a nice touch.

Though getting a hang of the basics is easy, Tony Hawk’s Pro Skater 1 + 2 will push you to put it all together. The addition of the revert, which was added in THPS3, and the manual, which was originally only present in THPS2, makes pulling off long chains of combos seamless. That isn’t to say that it’s easy, though. You will almost certainly curse when you land wonky, allowing a 100,000+ combo to slip through your fingers. As a result, though, the most enjoyable part of these games is the sense of slowly learning a park’s layout until you can navigate it smartly enough to successfully rake in those massive points.

This is what I enjoy most about this game: the perfect interplay between tight level geometry and the player’s moveset. Learning level layouts is an essential part of getting good at this game. But, unlike the pattern recognition required to take down a Cuphead or Dark Souls boss, the memorization you do in Tony Hawk is creative. You are memorizing a routine, sure, but it’s a routine that you made up, that plays to your particular strengths. And while I don’t love the fact that the remake retains the originals’ old school “Complete 8 More Park Goals to Unlock [next level]” model of campaign progress, I do appreciate the way it forced me to learn the intricacies of each park; to figure out where the massive combo hotspots are hiding in parks as initially unintuitive as Burnside.

Vicarious Visions has done a fantastic job preserving that god-tier level design, while sprucing up the environmental art to make each level feel suitably distinct. Looking back on videos of the original games, there’s a sunny drabness to most of the levels. But, in Tony Hawk’s Pro Skater 1 + 2, each level feels like its own unique place.

Burnside is dark, moody and rainy now in a way that borders on neo-noir. The Mall, which previously just looked empty, now feels almost apocalyptically abandoned. The School is bursting with newfound colour, and COVID-era messages about the “new normal.” All the while, the soundtrack – featuring plenty of the original tracks and some new ones that fit in perfectly – blasts a ripping array of punk, ska, metal and hip hop.