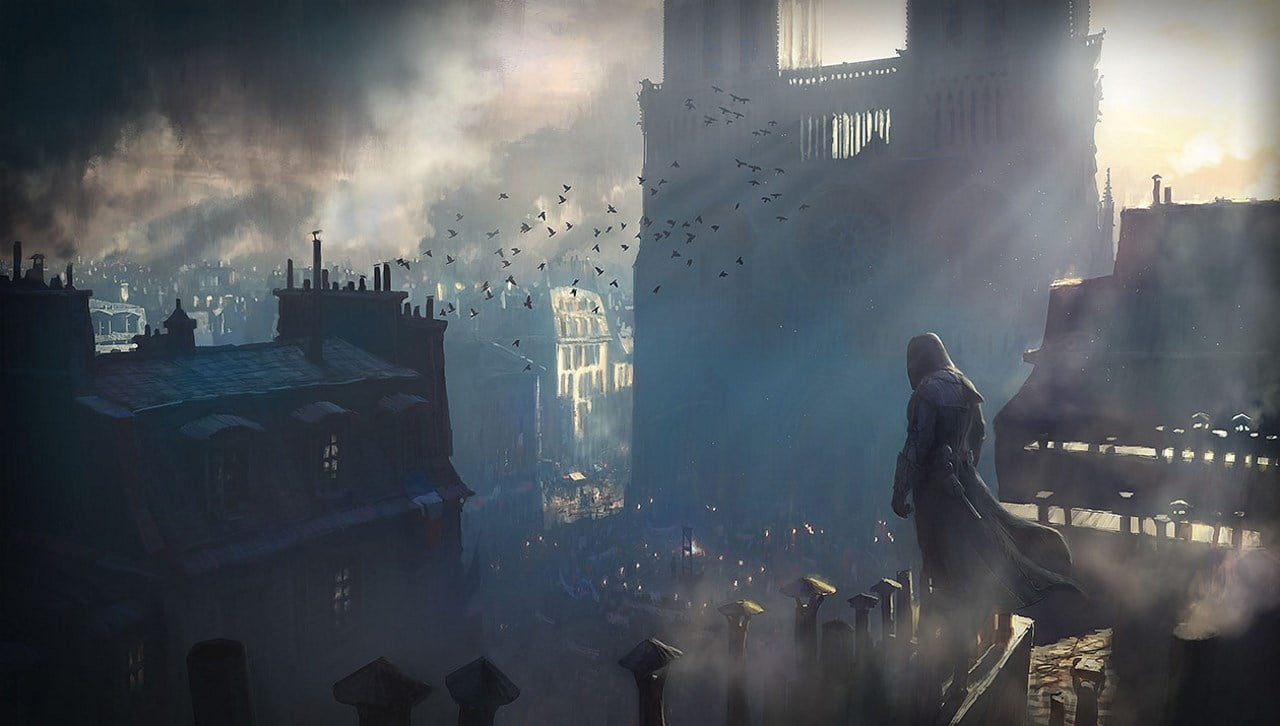 French video game publisher Ubisoft pledges half a million Euro to the restoration of Notre-Dame Cathedral (and gives away its Paris-set game to encourage others to donate).

The devastating events at Notre-Dame Cathedral, one of Europe’s oldest landmarks and quintessential Parisian landmark, can’t have escaped your attention. Pictures of the 16th-Century spire collapsing in on the 850-year old landmark filled news cycles around the world.

The world was stunned, but none more so than Parisians, and the French nation as a whole.

Luckily, the fire was brought under control minutes before the underlying structure of Notre-Dame was too badly damaged. Like the Minster in York, which suffered a devastating fire in 1984, Notre-Dame can be rebuilt and restored. The French people, too, have a spirit which cannot be diminished.

Now Ubisoft, that most French of video game companies, has joined the French people in their desire to restore Notre-Dame to its former glory. In a statement on its website, Ubisoft announced it is pledging €500,000 to “help with the restoration and reconstruction of the Cathedral” following Monday’s fire.

But that’s not all. Ubisoft is also making Assassin’s Creed Unity – the Paris-set historical adventure that features Notre-Dame Cathedral (and other Parisian landmarks) among its detailed recreation of 18th-Century, revolutionary France – free for a limited time on PC. You’ll need to grab the Ubisoft Uplay launcher, but once you have that, you can download Assassin’s Creed Unity for free, to keep, forever.

Ubisoft says it wants to “give everyone the chance to experience the majesty and beauty of Notre-Dame the best way we know how,” and would like to encourage everyone who’s enjoying Assassin’s Creed Unity for free to also donate to the restoration of Notre-Dame Cathedral.

Assassin’s Creed Unity will be free until 8am (in your local timezone) on April 25th, 2019. The effort to restore Notre-Dame Cathedral will go on for many years.