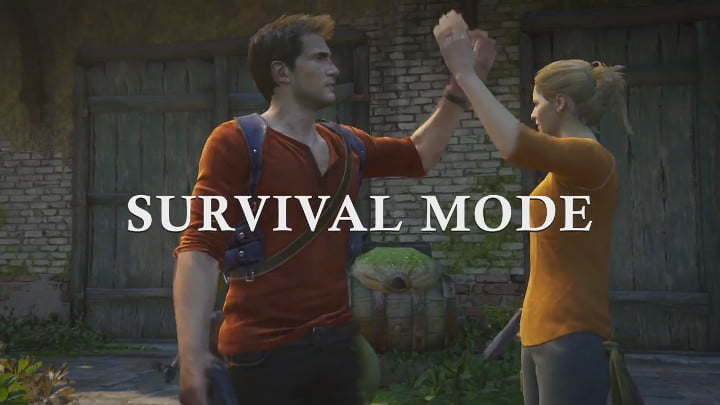 Can’t get enough of Uncharted 4, but feel The Lost Legacy is too far away? Try the new Uncharted 4 Survival Mode.

Honestly, I’m not altogether that interested in Uncharted 4‘s multiplayer. While it’s true they’ve made a better fist of it this time around – it certainly feels less tacked on than before – it still doesn’t hold that much interest. The likes of Victor, Elena, and Sam make such great companions in singleplayer, the idea of playing it with angry teenage morons online just doesn’t hold much appeal.

It just feels like it would Sully the experience (sorry) but the idea of the new Uncharted 4 Survival Mode is altogether more appealing.

Rather than doing battle with the aforementioned angry teens competitively, you team up with a friend (or an angry idiot, if no friends are available) to take on wave after wave of increasingly difficult enemies. Fifty waves, to be precise, but it has to finish at some point. There’s levelling and fortification building, and all that other stuff you’d expect from the wave-based defensive format, combined with Uncharted 4‘s wacky power-ups. There’s also cosmetic character modifications, because if you’re not dressed sharply and dancing like a damn fool, then what’s the point?

If you’re a fan of third-person cover shooters then you’ll recognise the Uncharted 4 Survival Mode as basically being the same as Gears of War‘s Horde Mode, but instead of wise-cracking man-tanks dressed in three tonnes of cast iron armour, you’ll be playing as wise-cracking ne’er-do-well adventurers. To each their own.

The Uncharted 4 Survival Mode is available now in all regions as a free update. We’re still holding out for The Lost Legacy DLC though; like Naughty Dog’s other superlative DLC, The Last of Us: Left Behind, that looks like it’s going to be ace.