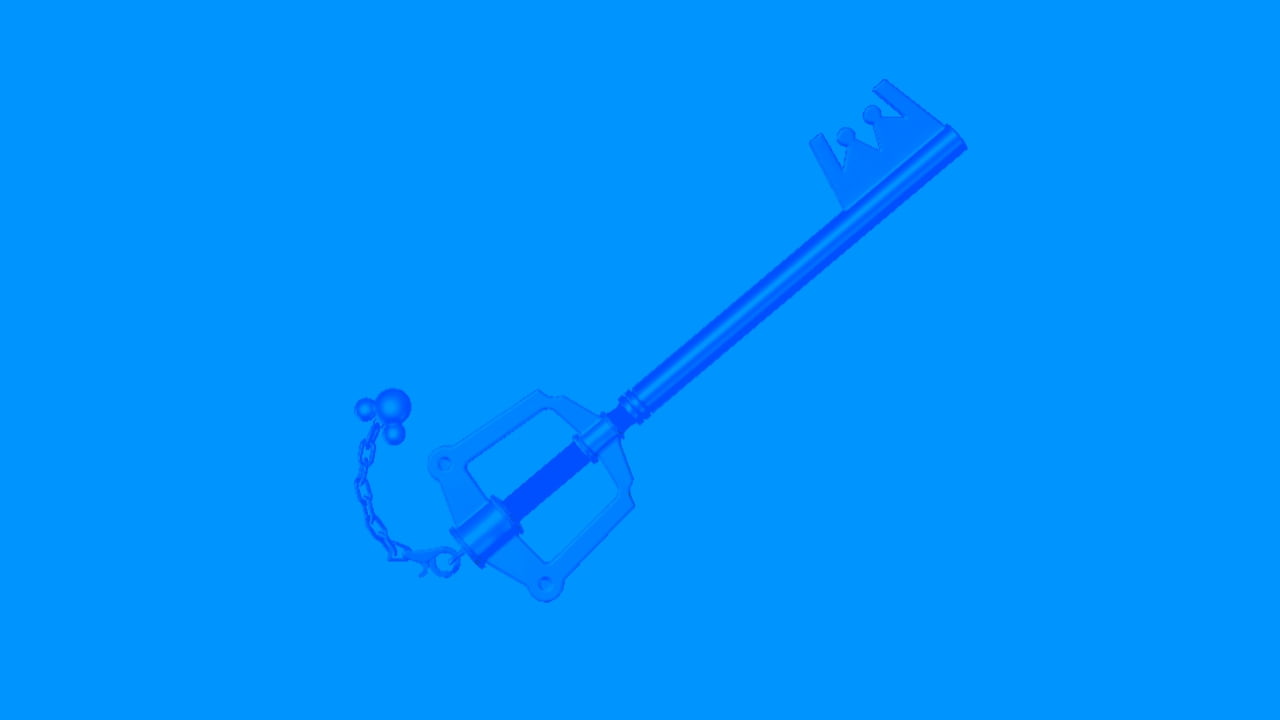 But as it happens, the ‘χ’ in χ-blade is actually the Greek character ‘Chi’ in lowercase, which in this context can be pronounced ‘key’. And also, if you squint a bit, the word χ-blade – when written in a font that supports Greek characters, unlike ours – kind of looks a bit like the keyblade laid on its side.

Anyway, for the sake of people knowing what we’re saying – and so Google knows what this article is actually about – we’re going to refer to them as keyblades from here on. Here endeth the history lesson and needless exposition that nobody asked for, which is a nice metaphor for Kingdom Hearts, don’t you think?

There are 12 keyblades that we know of in Kingdom Hearts 3. Here’s the full list, and where to retrieve them:

For the most part, collecting a keyblade in Kingdom Hearts 3 is pretty straightforward. Get to the end of an area, beat the final battle, and you’ll be rewarded with a new keyblade, thematically appropriate for the Disney world you’re in. And at this stage, if you’ve not pre-ordered Kingdom Hearts 3, then you’re not going to get those bonus keyblades. Sorry.

The final keyblade, though, the best keyblade in Kingdom Hearts 3? That one – the Ultima Weapon, named after Final Fantasy rather than Disney – is a bit more work to get your hands on.

Using the keyblade forge, you can upgrade the keyblades listed above using various materials found throughout the game. If you collect all of the right materials, which will take you until pretty late in the story, you’ll be able to combine the following elements to forge the best keyblade in Kingdom Hearts 3: the Ultima Weapon.

If you’re looking for a headstart on finding those precious materials, you’ll receive some Orihalcum from collecting the Lucky Emblems to view the Kingdom Hearts 3 secret ending.