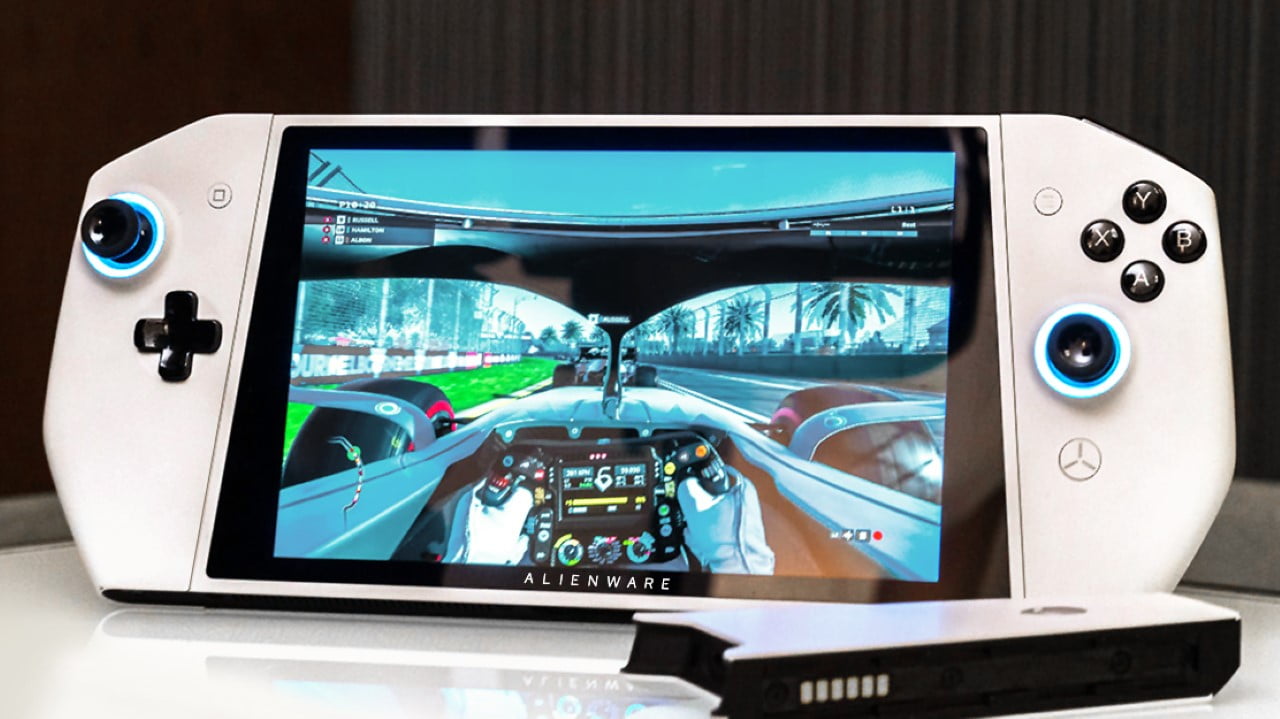 Not every prototype goes into production, but we’re hoping that Dell and Alienware will bring the Concept UFO to market.

At the CES 2020 trade show in Las Vegas, tech innovations are coming thick and fast. It’s not primarily a gaming event – it focuses more on consumer devices, everything from phones and wearables to tellies and cars – but there are often nuggets of gaming tech to get our teeth into, like the Intel Ghost Canyon NUC. (A small form-factor, barebones PC that you can fit a full-size graphics card into.)

While that Intel box is interesting to nerds, it’s not quite as space-age or world’s fair as the rest of the consumer gadgets on offer. And that’s where the Alienware Concept UFO comes in.

The elevator pitch for the Alienware Concept UFO is simple – what if the Nintendo Switch were a fully-fledged Windows 10 gaming PC? – and you have to agree, that’s a pretty tantalising prospect.

The Alienware Concept UFO isn’t the first machine to try to replicate the Nintendo Switch’s form factor with an x86 processor and Windows, but it is the first one that looks as stylish and slick as the console it’s hoping to emulate. It also features removable controllers, a dock for connecting to your telly (and charging), and a grip for connecting the dual controllers together, just like the Nintendo Switch.

(The Smach Z, an AMD Ryzen Embedded unit funded for half a million dollars on Kickstarter, has been tilting at that particular windmill for a few years now. But the Smach is heavy, and it feels cumbersome, and the controllers don’t detach like the Switch. And when we played Doom 2016 on it at E3 last year it ran fine, but also, got hot and the battery ran out in no time at all.)

Over and above the Nintendo Switch, the Concept UFO has a bigger, higher-resolution screen – that’s 8 inches, 1200p – and supports a keyboard and mouse. It’s also running some variant of Windows 10 with a custom overlay (though the Verge played Rocket League and noted that Alienware’s custom launcher just, er, launched Steam) and is presumably running some unknown combination of x86 processor and embedded GPU. It’s also likely to be larger and heavier than the Nintendo Switch, and the battery life is a big unknown; but still, it’s an exciting (and very promising) piece of hardware.

Alienware is hosting a Concept UFO livestream reveal tomorrow at CES 2020, January 7, at 6 pm GMT, or 10 am local time in Las Vegas. But as is often the case, you can watch the stream right here on Thumbsticks, without subjecting yourself to the torrent of awfulness that is the live comment stream.