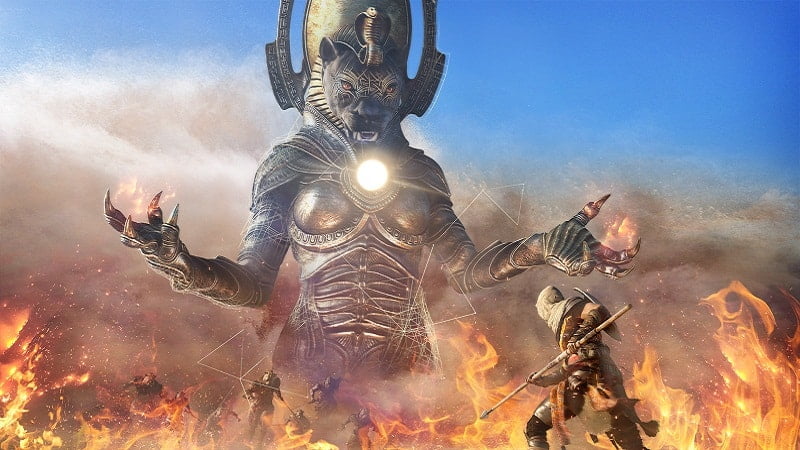 There’s a mummylode of new content coming for Assassin’s Creed: Origins this December, as a new update drops for the game.

First up is a new difficulty mode for the hardcore among you: Nightmare mode will provide a heightened challenge for veterans, with tougher enemies that pack a far mightier punch.

There’s a slightly different take on level gating as well: an enemy scaling option will be added, meaning the map won’t be segregated into tougher and breezier areas, but enemies will scale to you.

On top of this, there are two new quests:

One, called Here Comes a New Challenger, will introduce the new Horde mode to the game. It will take place in the Cyrene arena and provide limitless waves of enemies – Ubisoft recommends level 32 or higher.

In Trials of the Gods, Sekhmet, the warrior goddess with a cat head will round out the trilogy of Gods – after Anubis and Sobek – ready to face down Bayek. Players who may have missed their chance last time round will also be given the chance to face all three Gods in a new challenge, The Triad.

Assassin’s Creed Origins will also be adding the educational mode, “Discovery Tour by Assassin’s Creed: Ancient Egypt.” It is due out next, and will give players the chance to explore the world free of combat and learn about Egyptian culture in detail.

Be sure to check out our review of the game as well.