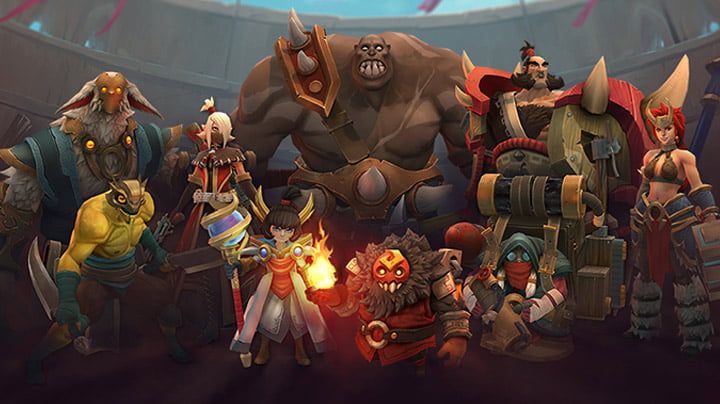 Stunlock Studios have revealed that their team arena brawler, Battlerite, has sold half a million copies since entering Early Access in September 2016.

Battlerite is the spiritual successor to 2011’s Bloodline Champions – also developed by the Sweden-based studio – and is based around 2v2 and 3v3 battles viewed from a top-down perspective. Although the game is not strictly speaking a MOBA, it has succeeded in building a dedicated – and enthusiastic audience – in what has become an increasingly crowded and competitive genre.

The game currently has a 91% positive rating on Steam with comments praising its balance and skill-based combat. A burgeoning community of fan sites, wikis and forums has also blossomed around the game, providing information, support and guides for players.

Peter Ilves, game director at Stunlock Studios, is pretty pleased with how things are going:

“We’re overwhelmed by the support from our community and all the positive response from both critics and players. We’ve had a great start and we will keep working on growing engagement by continuously investing in new content for our audiences and polishing all aspects of the game. There are big things on the horizon for Battlerite and the team is super excited about what’s to come in 2017.”

The game is due to launch officially at the end of the year when it will also transition to a Free-to-Play model. Users will then be able to purchase additional playable characters, called Champions, for use in game.

Battlerite is still available for PC via Steam Early Access, priced $19.99. If you pick up the Early Access version you will get free access to all future in-game champions, in addition to the 19 currently included.

Get Battlerite on Steam.