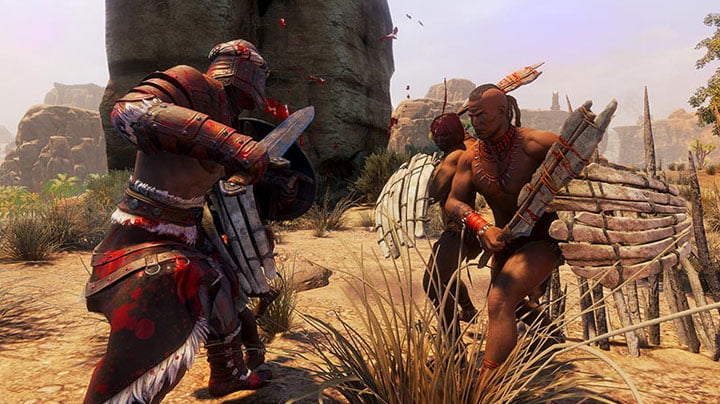 Since launching last week, Conan Exiles has been rooted to top spot on Steam’s Global Top Seller List and has now sold an impressive 320,000 copies. The game’s success is a further indication of the current – apparently insatiable – appetite for survival games, also evidenced by the ongoing phenomenon that is Ark: Survival Evolved.

“We are deeply humbled and very grateful for the initial success of Conan Exiles. Funcom has gone through some challenging times in recent years and seeing the game we have poured so much time and effort into gain this amount of traction so quickly is very invigorating for everyone who works here. This is just the start of the Early Access adventure and we will do whatever it takes to make sure Conan Exiles turns into a fully-fledged game that has something to offer new and old fans of both Conan and survival games.”

Funcom have announced that they will reveal more about the development roadmap for Conan Exiles at this year’s Game Developers Conference in San Francisco, which runs from February 27 – March 3, 2017.

The game will also be playable on the show floor at PAX East, where attendees can spend time with the game and chat with the development team. Lucky punters might also pick up some exclusive print copies of Dark Horse’s Conan Exiles comic book.

Today also sees the release of the custom Conan Exiles Dev Kit. The kit lets players create their own mods and upload them to the Conan Exiles Steam Workshop. Mods can be of any size and scope, from small quality of life improvements to significant updates that introduce new characters, creatures and worlds. You’ll need Unreal Engine to get involved, which you can download here.