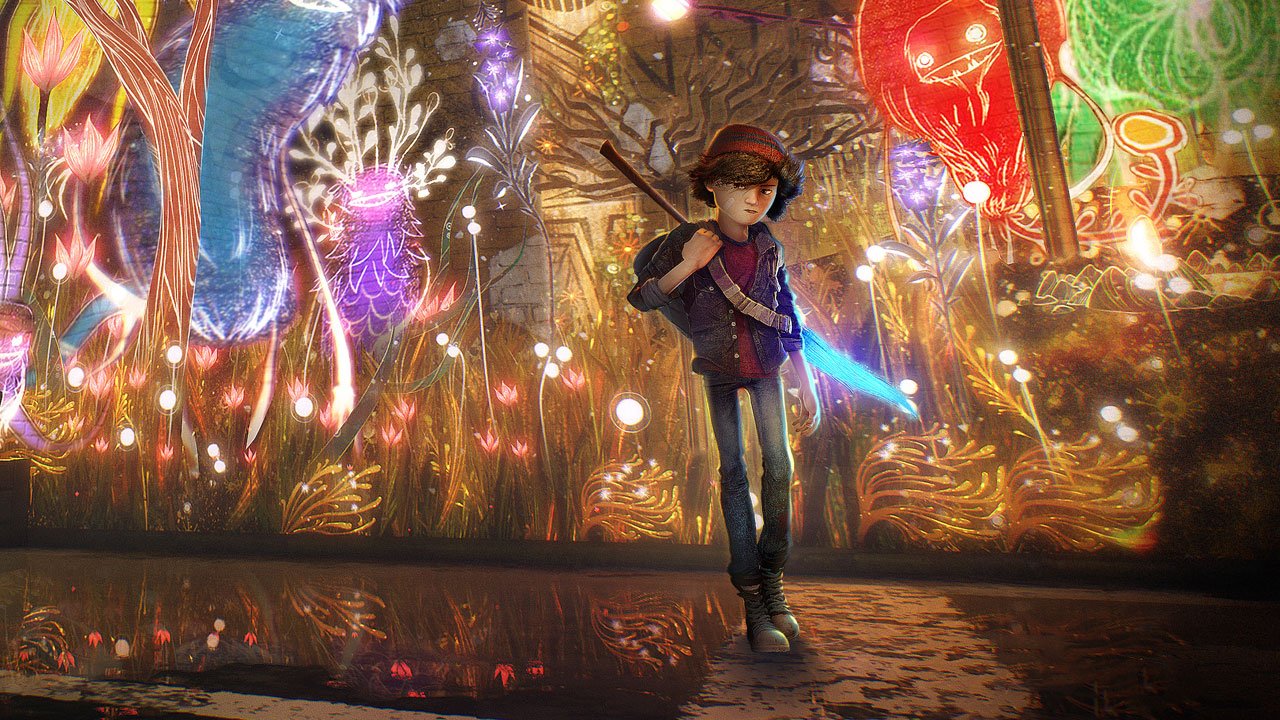 Is Concrete Genie the next must-have PlayStation 4 exclusive? We round up the critical response to the new paint ‘em up action-adventure from PixelOpus.

Concrete Genie hasn’t benefited from the marketing push that many PS4 exclusives receive but it’s been high on the watch list for many since its surprise reveal at Paris Games Week in 2017.

The game takes inspiration from Sega classic Jet Set Radio with gameplay based on motion-controlled painting. Reviews have been broadly positive, with critics enjoying the blend of environmental artistry and puzzle solving. Many also appreciate how Concrete Genie handles the difficult theme of bullying. A late twist in gameplay proves divisive, however.

Here is our pick of the game’s reviews.

“One of the most appealing aspects of Concrete Genie is the character you play. Aside from the fantastic voice acting that brings Ash to life, the artistic young boy is such a wonderful role model that you can happily believe in. At first, it feels like Ash uses his art to escape his troubles, but as the story develops, you begin to realise that his creativity and imagination actually enables him to face and overcome his own darkness as well as the town’s. The theme of bullying is a tough subject to broach, but Pixelopus does it with care and sensitivity…”

“In certain areas, Concrete Genie revels in allowing the player to paint walls and complete objectives in ways that appeal to them. I could paint beautiful landscapes in certain places and feel proud of the way I finished that objective. Unfortunately, the bullies’ presence makes that a little tougher to do, in some instances forcing the players into more stealth-oriented gameplay. The focus is centralized on not getting spotted to the point that you’re just splotching whatever you can on the wall to get that area over with. Fortunately, that’s not the whole game.”

“Success in Concrete Genie comes easily – probably too easily for some – but that ease lets its best moments breathe. It’s less about challenging you to get through traditional video game obstacles than it is about letting you challenge yourself to keep coming up with new and creative ideas, new designs, and new places to put them around this dilapidated city.”

“Concrete Genie rarely requires any real problem solving. This is one issue I can just barely excuse because it seems to have been made for a younger audience. Puzzles are straightforward, and the Genie you need to progress is always the next one you find, precluding any real puzzling beyond exploring and finding new areas. But undermining this is the fact that the gameplay often feels undercooked.”

Not scored – Review by Natalie Degraffinried

“Concrete Genie is an ambitious game, and it matches that ambition with heart. There’s so much of it here, from the animation style, right down to the experiences of each character. There’s something touching and personal about some of the stories told, and it makes all the difference.”

“Concrete Genie takes a surprising turn in the final act, when combat suddenly makes an appearance. As a part of the narrative, it makes sense and is an enjoyable twist, but because it’s such a short-lived mechanic it feels under-developed. The half-hour dedicated to combat, mostly involving boss fights, doesn’t give much opportunity for you to experiment with it.”

Concrete Genie is out now on PlayStation 4. Visit our new releases section for more on this week’s new PS4 games.