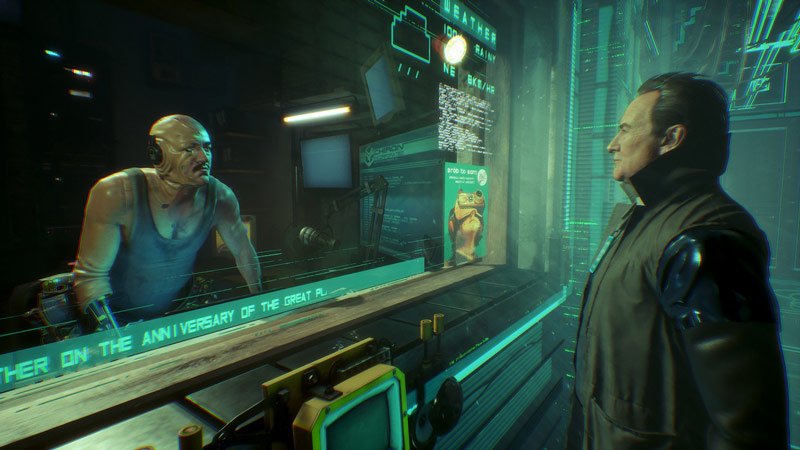 Observer, the cyberpunk horror adventure starring Rutger Hauer, is coming to Mac and Linux next week.

Blade Runner 2049 might not be a commercial smash, but Denis Villeneuve’s film has fortunately turned out to be an excellent, and worthwhile, follow-up to Ridley Scott’s 1982 future-noir masterpiece.

Scott’s groundbreaking original – in its Final Cut – remains peerless, and has been just as influential on video games as it is has on science-fiction film making. You can see that influence in everything from TimeSplitters 2 and Fallout 4, to the Deus Ex series.

An officially licensed – and rather good – Blade Runner game was released in the late ’90s, but we haven’t played anything that evokes the rain-soaked, neon-lit squalor of the original film quite so perfectly as Bloober Team’s Observer.

And it certainly doesn’t hurt that it stars Rutger Hauer.

Fresh from its PC, Xbox One and PlayStation 4 release, the game is now heading to Mac and Linux on October 24, 2017.

Observer casts you as Dan Lazarski, a ‘neural detective’ working in a grim dystopia where drugs, virtual reality, and brain implants are everyday treats. The game’s influences are obvious, but they’re worn proudly, and infused with some effective moments of horror.

Both the Mac and Linux versions of Observer will be available via Steam on October 24, 2017. The PlayStation 4 version is also discounted in this week’s PlayStation Store Halloween sale.