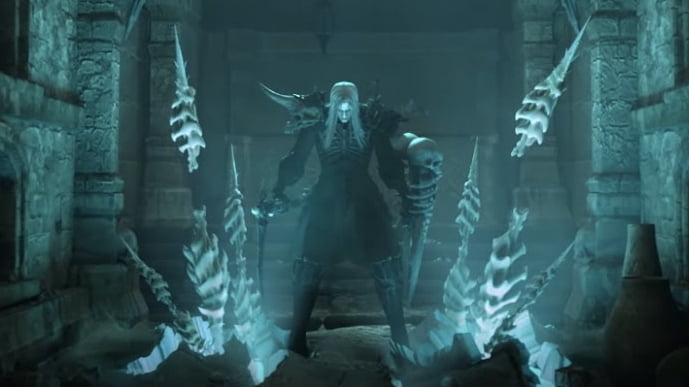 The Necromancers return in a brand new expansion for Diablo III.

Blizzard Entertainment have announced that the Rise of the Necromancer expansion – which adds the much-wanted necromancer class into Diablo III: Reaper of Souls – will be released on June 27, 2017.

Necromancers made their series debut in 2000’s Diablo II, and their return has been a long-standing request from players of Blizzard’s massively popular action RPG.

“While players often ask us to bring back their favorite characters from our classic games, few classes have been requested as often, or as passionately, as the necromancer. Reimagining the necromancer was a labor of love—we worked hard to capture the essence of what made the class so iconic, while taking advantage of everything Diablo III has to offer.”

The Rise of the Necromancer expansion pack will be available for Windows, Mac, PlayStation 4, and Xbox One from June 27, 2017, priced £12.99.

PlayStation 4 or Xbox One owners who are new to Diablo III will also be able to buy the digital-only Diablo III: Eternal Collection. The collection includes the base game, plus the Rise of the Necromancer, and Reaper of Souls expansions. The bundle will be exclusively available to PlayStation Plus and Xbox Live Gold members at a reduced introductory price of £29.99 for a limited period.

And don’t forget, you can still try Diablo III for free on PC by heading over to the game’s official website.