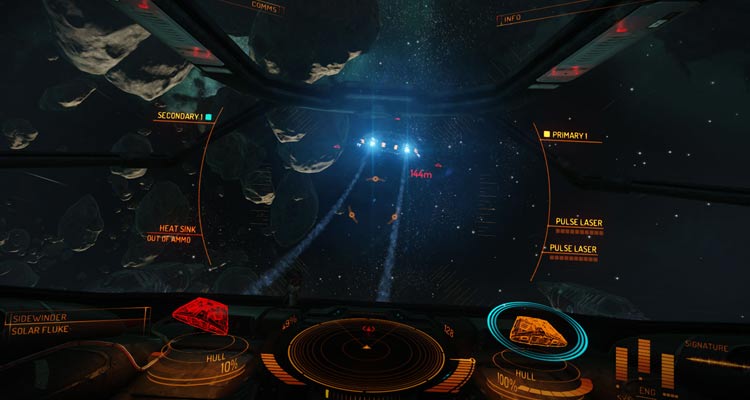 David Braben, CEO of Frontier, said: “The Alpha process has worked well for us. We have gradually built out the key elements of the game, first locally, with single player combat, then with a few thousand players across the internet. On 30th May the Premium Beta extends this to many thousands of players worldwide, with an increasingly rich game. I want to take this opportunity to thank all those who have played such an important role in Alpha testing, and I’m very happy that we will continue to benefit from their valuable input as they test Beta builds approximately 2 weeks in advance of release. On 30th May we move into a new phase of Premium Beta testing, and I’m delighted to be able to welcome a significant numbers of new players to Elite: Dangerous today.”

The date and further details of Alpha Phase 4 will be announced shortly. Elite: Dangerous Alpha access is available for order until 25th April.