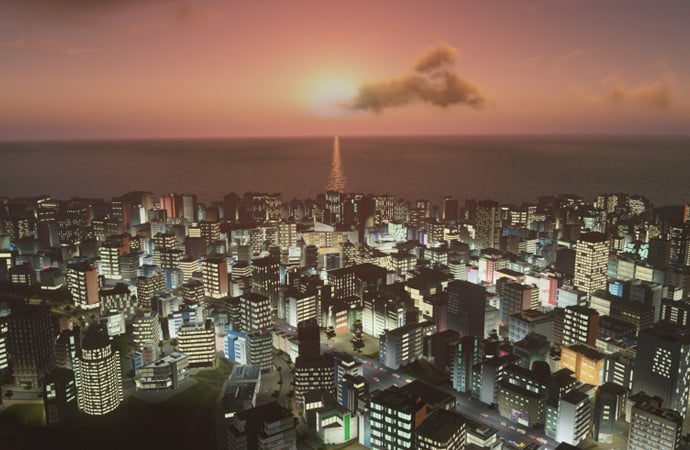 The After Dark expansion is coming next month. It’s not as saucy as it sounds.

Paradox Interactive have announced a release date for After Dark, the first expansion for the city-building game Cities: Skylines.

The expansion includes a range of new features, including a day-and-night cycle, plus new night-time city services and options. Towns will look and behave differently after dark, with new leisure-focused nightspots, popular beachfront properties and new systems such as taxicabs, prisons, and bike lanes.

To give players a glimpse of what’s in store in After Dark, Paradox have also released the first weekly design diary from developers Colossal Order.

Fancy a boxed copy of Cities: Skylines? Why not get one from Amazon.