This one setting fixed my Playerunknown’s Battlegrounds performance issues

And no, it’s not “buy a better graphics card,” I promise. Here’s how to fix Playerunknown’s Battlegrounds performance issues (with Nvidia GPUs, at least).

You might be surprised to hear that anyone’s having performance issues with an online shooter like Playerunknown’s Battlegrounds. Usually, these sorts of games built to be lean and light, with slick locomotion and enormous frame rates the target (and half an eye on the ability to play with integrated GPUs). And the system requirements are certainly low enough, at first glance.

But Playerunknown’s Battlegrounds treads a different path to the likes of CS:GO, Overwatch and Team Fortress 2. And that path is through a bloody enormous island, filled with foliage, buildings, enough loot to sink a pirate galleon, and 90-something other players all out to find that loot first (then murder you in the face with it). And it does it all in the very pretty – but not entirely sympathetic to underpowered hardware – Unreal Engine 4.

And if you’re one of the unlucky ones – and, you know, the day of the week ends in a ‘y’ – you will most likely suffer from some pretty severe Playerunknown’s Battlegrounds performance issues.

The scale of the Playerunknown’s Battlegrounds performance issues

And here, to serve as an example, is the older test rig I’ve been playing the game on:

And it was a fucking dumpster fire. Honestly, this was literally some of the worst performance I’ve experienced in years; this was like trying to play the original Team Fortress Classic on a 56.6k modem back at the turn of the century.

First impressions were poor. And yes, the ‘lobby’ where players wait for the match roster to be populated is chaotic – with everyone running around trying weapons on for size in a consequence-free murder rumpus room – and can lead to some horrendous performance drops, but this terrible experience translated into the game proper, too.

I jumped in [literally; it’s a parachute gag – Ed.] with what I would consider my ‘normal’ settings for that elder statesman rig – the screen resolution set to 1920×1080, with most of the settings set to ‘high’ and a couple of more troublesome settings (like shadows) turned down to medium – and it was basically unplayable.

For context, while this setup would struggle on the most advanced titles like The Witcher 3 and Battlefield 1, it’s more than capable of running relatively demanding titles like BioShock Infinite and the Tomb Raider reboot on these settings. I run some really modest overclocks, which only equate to around 100Hz or so on the GPU clock, for example – it’s the most I dare push an older rig with fairly standard air-cooling – but this PC can usually cope just fine. It’ll walk all over your average online shooter, in any case.

But not here. This was atrocious. So, I did the obvious thing, and I started dropping settings. First of all, I retained my resolution, but bumped all the settings – except draw distance, more on that later – down to ‘medium’. It was still garbage.

Reluctant to push the visual fidelity down any further – dropping below medium feels like a defeat, doesn’t it? – I dropped my resolution down to 1600×900, and started another game; still terrible. No better at all, in fact.

It’s at this point that I accepted the fact that, in this day and age, 2GB of VRAM is not very much at all, so I started hacking away at settings. I dropped everything down to ‘very low’ except for the textures and the draw distance, which were fixed at ‘medium’ and ‘high’ respectively, but it was no better. I ceded the textures down to ‘very low’, and dropped the draw distance to ‘medium’.

It was still crap, and I was starting to get worried.

I dropped my resolution down to 1366×768, and it was still abysmal. The textures went down to ‘very low’ but it was no use. I plumbed the depths of 1280×720, and found an almost playable frame rate… if I was prepared to drop the draw distance down to ‘very low’ as well, which left me between a rock and a hard place. If I dropped the draw distance down too far I’d get almost workable frame rates, but enemies would pick me off before I got anywhere near seeing them. If I retained my draw distance at a still-not-very-far-at-all ‘medium’ setting I’d at least have half a chance in a firefight… if I wasn’t trying to shoot at targets that were spasmodically twerkng across my screen at a handful of frames per second.

Leading the target is one thing, but having to work out the possible next position of a moving target – a human one, who is unpredictable at the best of times – in half a second’s time was nearly impossible.

To this point I had precisely two kills. The first was someone I punched to death after we parachuted to the same building, where they tried to equip a gun and I seized the initiative of them effectively standing still in a corner. The second was someone who was so stationary I presume they were in their inventory (which I felt a bit guilty about) but to be honest I needed the win.

Was I alone in my Battlegrounds performance hell?

After all that troubleshooting had failed, I tried to work out if these Battlegrounds performance issues were isolated to me.

I ran a couple of other games from my Steam library, on their usual settings, and they behaved just fine. Multiplayer games like Team Fortress 2 were as buttery smooth and graphically undemanding as ever, so it felt like my rig was hanging in there; aside from, of course, being a tad on the elderly side.

I then tried pushing my overclocking further, to see if I could eke out a little extra performance from my grumbling PC. It did not take well to the idea that I wanted it to work harder, and crashed several times. There’s a reason why I had stopped my overclocking where I had done, I supposed.

Which then led me down the path of needing a new graphics card. Unfortunately the rise of Ethereum mining has caused the cost of graphics cards to rise significantly. A GTX 1060 6GB – around the sweet spot for price versus performance in the UK at the moment – are either completely out of stock, or on several-week lead times, or costing 20-30% more than they did a month ago. Now is really not the time to be buying a new, higher-end graphics card.

So I then started Googling the problem, as we all do, to see if there are others who have run into the same issues; and oh boy, were there others suffering these issues.

What was startling, though, was that the majority of these issues were on better machines than mine. And I mean, significantly better. I could see users with fifth and sixth-generation Intel Core i5 processors, and the very latest in Nvidia Geforce graphics cards, struggling to achieve stable and playable frame rates.

Admittedly for some of the higher-end users, this was the difference between expecting to be above 60 frames per second with a GTX 1080 and actually being closer to 30, but this looked to be symptomatic of an issue with Nvidia graphics cards specifically. But the fact that users with GTX 1050 Ti GPUs – my card’s modern successor – and 1060s and 1070s were seeing similar, enjoyment-hampering performance issues to me was at least a little heartening.

Misery really loves company, after all.

What was I going to do about it?

So, dropping my settings like Theresa May drops the value of the Pound didn’t work, and I sure as hell wasn’t going to get myself scalped on a new GPU. I had all but resigned myself to wallowing in misery with the other Redditors.

I mean, I wasn’t going to actually post my performance issues on there. I was unhappy enough that I couldn’t play the game properly, and didn’t really need them mocking my ancient rig for good measure – “buy a better GPU” is the “git gud” of the so-called ‘PC master race’ – but there was some small crumb of comfort at least to know that I wasn’t alone. There’s even a little perverse pleasure to know that even people with bigger pockets and better machines are struggling.

Then I stumbled upon a post, from Redditor naxelk on the PUBATTLEGROUNDS sub, which offered a solution. It even stated it was “quick fix” for Nvidia users’ frames per second woes, and I was skeptical of snake oil, but at this point I was out of options and it seemed worth a shot.

And it only bloody worked! Not only has it resolved my issues with stuttering and terrible frame rates on the lowest of the low resolutions and settings, it’s allowed me to climb back up to my usual 1920×1080 resolution with no diminishment of its glorious effects. I’ve even been able to bump the textures back up to ‘medium’ and the draw distance up to ‘very high’, which is an absolute blessing in a very tense game.

(I have learned to like some of my other ‘ultra low’ display settings, though. Having the foliage levels turned right down means that it’s harder for people to hide in long grass while lying prone, for example.)

And here, for you, my fellow Battlegrounds warriors, is that solution:

Now go ahead and run PUBG, and you’ll find your Battlegrounds performance issues will have melted away. Well, within reason – I’m never going to run it at all ‘ultra high’ settings at 4K resolution on a GTX 750 Ti – and as ever with these things, your mileage may vary, but it should be a much smoother, more enjoyable experience.

You might still need to do a little tweaking to get your settings in the sweet spot for beauty and performance (and you’ll probably want to keep some of those settings down if you’re feeling competitive) but a little bit of trial and error should see you right.

If you’re having PUBG performance issues on an AMD card, though? As far as I know, there’s no silver bullet yet, like this quick and easy fix for Nvidia cards. Sorry! 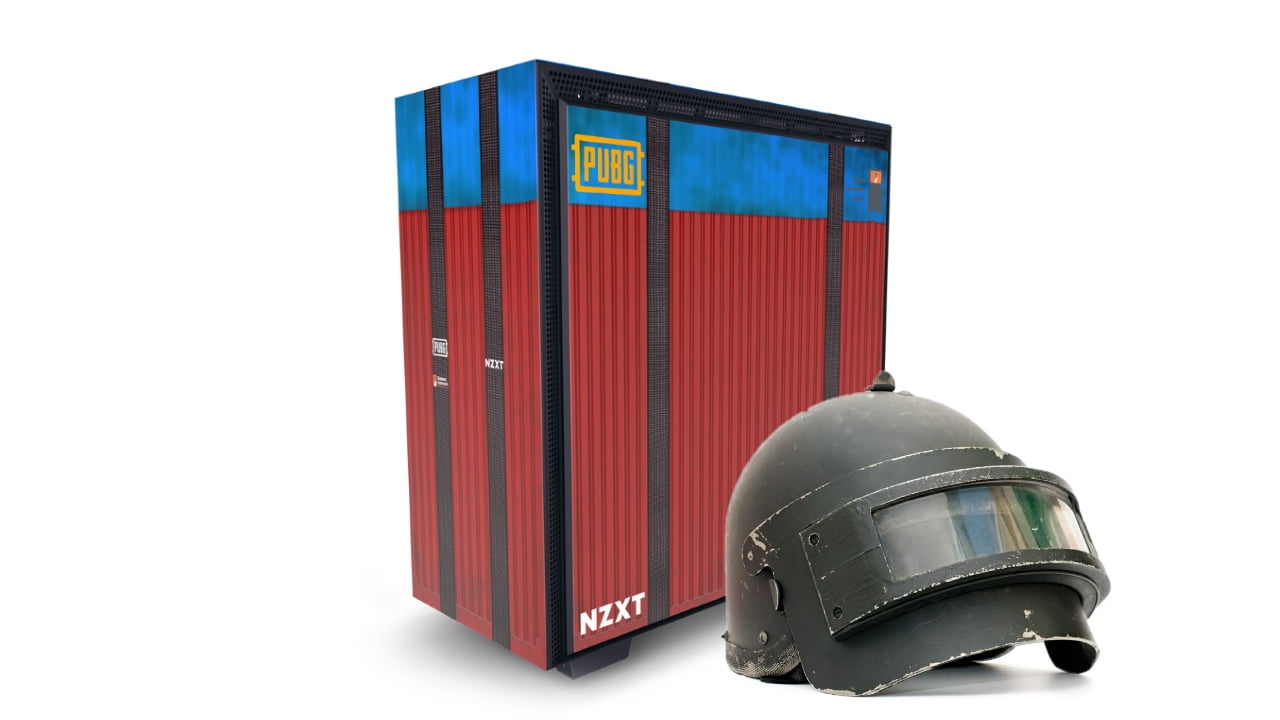 Where are the PUBG servers located?

Having issues with your ping response, or just curious about how things work? Here's the rundown on where the PUBG servers are located.
5 minute read

The real life inspiration for all that PUBG equipment

PlayerUnknown's Battlegrounds is a complex game with a lot of stuff – just what is all of that PUBG equipment based on in real life?
13 minute read
© 2023 Thumbsticks | Interesting articles about video games.