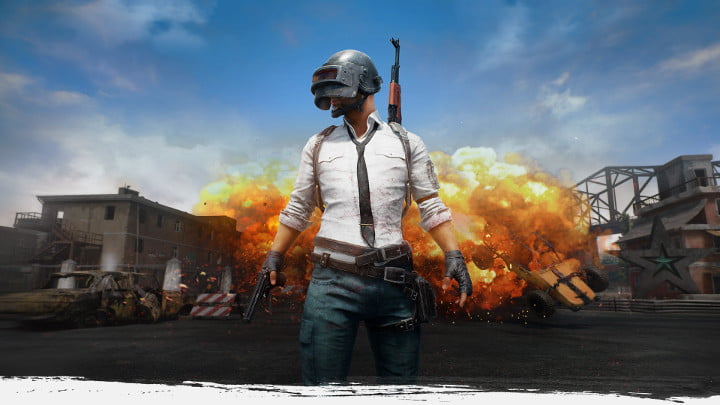 Don’t go scrabbling around in a dingy apartment building, searching for answers – here are the Playerunknown’s Battlegrounds system requirements.

The most popular online multiplayer shooters, like CS:GO, aren’t typically known for their hefty system requirements. Whether that’s a deliberate step from the developers to make their games as inclusive as possible – 22% of Overwatch players are using integrated graphics, rather than dedicated GPUs, for example – or to ensure that the speed and fluidity of play is preserved, the net result is that you can run most of them on a crappy old printer. (And in Doom‘s case, it literally can run on a crappy old printer.)

Playerunknown’s Battlegrounds doesn’t run on the Source engine (like CS:GO) or a custom, in-house engine like Overwatch. Playerunknown’s Battlegrounds on the other hand is powered by Unreal Engine 4 – and it’s enormous, and filled with foliage, and has nearly 100 players at a time, and above all is in Early Access, which means it’s not especially well-optimised – so you’ll need a bit more grunt to play it than your average online FPS.

How much more grunt, you ask? Well, here are the official numbers:

Why would they not publish recommended system requirements for PUBG? The chances are, they don’t really know themselves, and while the content and development of the game is in Easy Access flux, it’s easier to not be caught with one’s pants down if one doesn’t put anything down in writing.

For a bit of anecdotal guidance on specs, though, I played a weekend of Playerunknown’s Battlegrounds on an older gaming rig, to get a flavour for it. That included:

And to be honest with you? It ran like garbage, but I’m not the only one. Reddit and the interwebs are full of people having performance issues with PUBG – alarmingly, people with far better hardware than my old test rig, bemoaning even mighty cards like GTX 1070s – and it wasn’t much fun to play. At all.

So if you want to see how I eventually got around these performance issues and started to have an enjoyable playing experience in Playerunknown’s Battlegrounds, take a look at this article. And no, I didn’t just buy a GTX 1080 Ti, you snarky little…