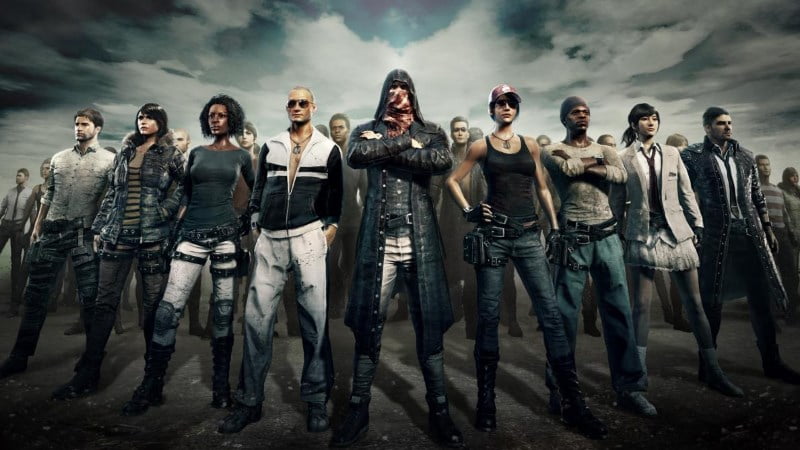 The first limited-time PUBG event included eight-person squads and double drops on assault rifles, which made for a chaotic experience.

Usually, I play PUBG in duos, with my good lady wife. She sits on one couch, playing on the PC hooked up to the big TV, and I sit on the other with a laptop. Sometimes that’s on something that’s in for a hardware review, or it might even be using a streaming service on my ageing MacBook Air. (No, seriously, it actually works.)

And that’s mostly it. Sometimes I’ll play solo, if she’s not around and I’ve got a few hours to kill. We even play duos vs. squads from time to time, if we’re feeling masochistic.

Every now and then, we’ll play some pick-up games with random squads we don’t know. It’s occasionally fun, usually frustrating, and tends to be much better when we’ve got a few beers inside of us.

But with the first limited-time PUBG event going on this weekend – including double drop rates on assault rifles, and eight-person squads – we were back on the pick-up game rotation. We cleared our schedule, plumped up the sofa cushions, and cracked open a bottle of rum, before hitting the battlegrounds.

For starters, comms are a nightmare. Between people who don’t have mics (including Mrs B) and people who don’t know how to use push-to-talk (dude, we can hear every key press on your snare drum mechanical keyboard and every freaking Dorito you crunch) it’s a reminder of just how peaceful PUBG’s lobby has become since they removed lobby weapons.

Then there’s the ad-hoc “voting” system, on where to land. It’s a bit like selecting multiplayer stages in Mario Kart, where everybody sticks a marker on the map in their favoured spot, only without the game stepping in to decide based on where received the most votes. Everybody wants to go to Pochinki. Everybody wants to fly Military. Then half of them want to go to prison. Inexplicably, one person thinks they can fly to Georgopol, even though the trajectory is on the eastern side of the map.

Wrangling eight strangers is hard. Hell, we have an advantage: I’m sitting two metres from a squad mate, so at least the two of us are in sync, and it’s still like herding cats. We spent a lot of time with one or two people flying in completely different directions. Maybe they made a mistake; maybe they didn’t agree with the consensus; maybe they’re just idiots? Who knows. (We think, more often than not, they’re idiots.)

But in eight-person squads, you really need all eight of you to be in some semblance of synchronicity, because if you run into a full complement and your own numbers are shy? Man, is it hard. Somehow four vs. eight seems even harder than one vs. four, in one-person squads mode. There’s an awful lot going on and there are so many targets to track – and nobody is calling out bearings, for crying out loud, “left of that tree” or “somewhere in front of me” or “over there!” is not helpful – that if you run into more than one squad at once, it’s bedlam.

But when it works? It’s actually glorious.

We’ve had two chicken dinners in the PUBG event this weekend. (So far – the night is still young.) We’ve also had four second-place finishes. I’m not going to shout about how many top ten finishes we’ve had, however, because if you do the maths, you’ll see that the worst you can probably finish is twelfth or thirteenth; unless the matchmaking goes awry and you end up with some seriously shorthanded squads. Which it does from time to time, though to be fair, we’ve had some pretty badass games as threes or fours. Adversity helps you bond with your squad and encourages people to up their game. Sometimes.

When your eight-person squad is working as a well-oiled machine, however, it’s majestic. With everybody communicating well, and understanding their role, there’s very little a fully-stocked squad can’t accomplish.

On our first chicken dinner, we lost two players early – to selfishness, rushing off to loot separately from the group – before steamrollering everything in our way to the win. We were elite. We moved from building to building like a plague of locusts, wiping out everything before us. Communication was clear and concise. We executed every strategy effectively. We were heroes.

Our second chicken dinner, hours later and several more drinks in, I think we were – to be honest – more than a little lucky. The other six guys in the squad seemed to all know each other; they had one very definite leader, who barked the orders; and it seemed like another well-oiled machine… at first. But we jumped Military and only ran into only three other players, which would be a miracle on any round. We stormed the bridge at Mylta and found no resistance at all. We drove north, to the hills and plains south of Yasnara Polyana, and – other than me knocking a couple of guys down in the blue, providing overwatch at the rear of the troupe – we met nobody. Literally no other squads, for the entire round.

At one point, the buddies stood in the open space in front of an apartment building, in a big gaggle, swapping equipment on the ground. All six of them. In plain sight of the road. Mrs B and I were up in the apartment scanning the horizon for danger while they were having a little swap meet, and genuinely, I don’t think they realised how lucky they were. When we got to the endgame, still a full complement of eight, none of the other squads were big enough to trouble us. We probably didn’t deserve it, but you have to play the hand you’re dealt and we’ll take the win.

So we won with a great squad, at the top of our game. We won with a very lucky squad, making stupid decisions (though being very organised about their stupidity, to be fair). We also lost with some amazing squads, and did really well with terrible ones.

But that’s the nature of playing pick-up games with strangers. Those highs and lows are amplified to the extreme in the eight-person squads format for this limited-time PUBG event, and that’s a brilliant thing. It might not feature all of the weird and wacky elements of Fortnite Battle Royale’s limited-time events – like scavenger hunts, or forbidden dancing – but events like this still might provide a welcome shot in the arm to PlayerUnknown’s Battlegrounds.

Oh, and there’s twice as many assault rifles on the ground than normal. That part sort of does exactly as it says on the tin.

It’s midnight on Sunday, and we just won a third chicken dinner in the limited-time, eight-person squad PUBG event. We’ve got more chicken than Colonel Sanders this weekend.