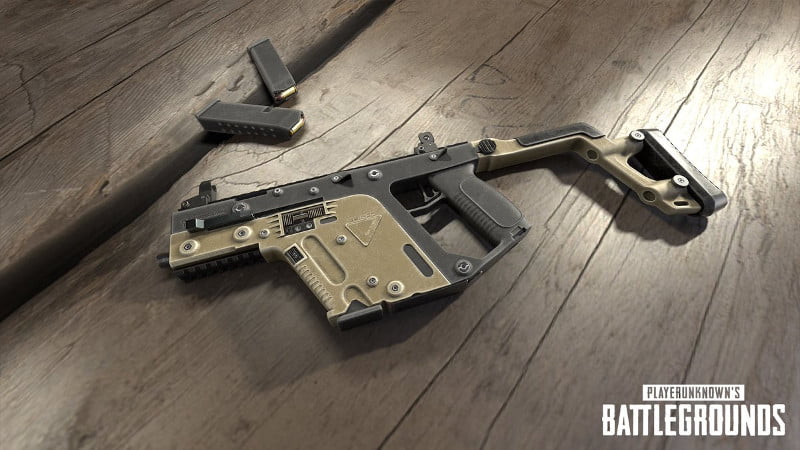 Forget about new weapons, vehicles, or environments – this is the PUBG feature we’ve really all been waiting for.

There are changes made to online games all the time. Sometimes those are major changes – like adding climbing and vaulting, or removing foggy and rainy weather – but sometimes it’s the little, quality of life things we notice the most. That we appreciate the most.

The patch currently on PUBG’s test server is definitely going to be a noticeable improvement: they’re getting rid of lobby weapons.

You’ve probably noticed that Miramar – PUBG’s desert map – doesn’t have lobby weapons at all on its starter island. Instead, players have to make do with working out in a prison exercise yard; there’s probably a metaphor in there somewhere. It reduces the noise and general aggravation of waiting for a match, and is generally a nicer place to be. As nice as it can be when it’s essentially a waiting room for death, anyway.

But Erangel – PUBG’s original, lush-green island map – has always had lobby weapons. Why are they there? We’re not entirely sure. Ostensibly there’s a degree of allowing people to practice or warm up before a round, but mostly, it allows people to be antisocial jerks. And since people set on fire by a Molotov in the lobby stopped spawning on the plane still on fire? It’s just no fun any more.

Antisocial behaviour isn’t the only reason the lobby weapons are being kicked to the kerb, however. In order to reduce server and client-side load, and improve performance – especially important in the age of Meltdown – PUBG Corp. have turned down the draw distance when players are on the plane or in the air.

Now, to further these performance improvements and based on the positive numbers they’ve seen so far, they’re splitting up the lobby into multiple locations. This means that players will be getting chunked into subgroups at various different points on the map, bringing an end to the hundred-player lobby environment, and effectively taking away access to lobby weapons.

To make sure, they’re also being removed from the original Erangel lobby island. Just to be on the safe side.