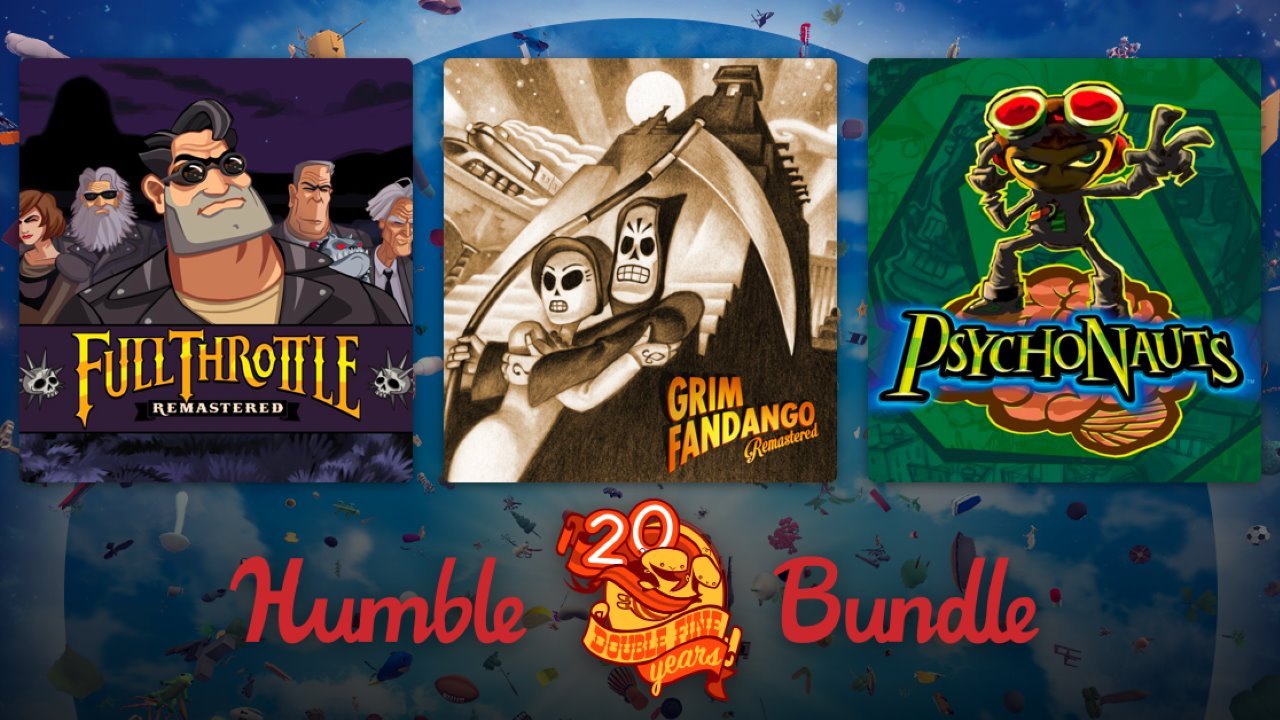 Four additional games have been added to the Humble Double Fine 20th Anniversary Bundle. They’re in the “pay more than the average” tier and we’ve added them into the list below.

There’s over $300 of cool stuff in the Humble Double Fine 20th Anniversary Bundle.

We love Double Fine. Don’t you? Everybody does. They just seem like a really good bunch, so it’s heartening to see the developer and publisher celebrating its 20th anniversary.

In order to help you all get in a celebratory mood, Double Fine has teamed up with charity bundle flinger Humble to bring you the Humble Double Fine 20th Anniversary Bundle. In it, you’ll get games (and more) from Double Fine’s 20-year history. Yes, it’s exactly as the name suggests.

Highlights include, of course, the wonderful Psychonauts, and Double Fine’s classic remastered adventures, Day of the Tentacle, Full Throttle and Grim Fandango. Those four games are worth the price of admission alone.

But there’s more: Brütal Legend! Massive Chalice! Gang Beasts! Costume Chest! Gnog! Everything! (That’s the game, Everything, not literally everything. Though you do get quite a lot in this bundle.) Plus a whole bunch of soundtracks and the three Amnesia Fortnight events, which include videos recounting Double Fine’s legendary game jams, and all of the prototypes that were produced.

Here’s everything (including Everything) that’s included in the Humble Double Fine 20th Anniversary Bundle.

Everything in the Humble Double Fine 20th Anniversary Bundle

Pay more than the average (currently around £6.22) to also unlock

Pay £7 or more to also unlock

The Humble Double Fine 20th Anniversary Bundle is on sale right now and runs for the next fortnight. It ends on Thursday, August 13, at 7pm BST. And as ever with Humble bundles, the money raised all goes to worthwhile charities.