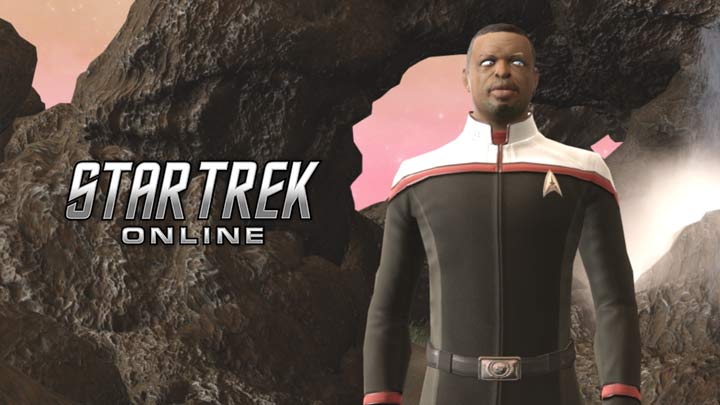 Burton – who is reprising the character of Geordi La Forge – will be featured in two episodes of Cryptic Studios’ free-to-play MMORPG. Each episode will debut on the PC, and will come to Xbox One and PlayStation 4 at a later date.

The first episode is timed to mark the 30thAnniversary of Star Trek: The Next Generation, and is released on September 12. The second opens Star Trek Online’s next major content update, Season 14, and will arrive in October.

The first episode is titled Beyond the Nexus, and will see players team up with Geordi La Forge to investigate a Galaxy-class ship infiltrated by mind-controlling energy source. Sounds pretty Trek to me.

Beyond the Nexus also marks the release of a fully realised in-game Galaxy-class interior that will be made available for purchase. Additional content includes the fan-favourite skant uniform from Season One, and the Star Trek: The Next Generation Type 7 shuttle.

Star Trek Online is currently available on PC, PlayStation 4 and Xbox One. Set course for www.playstartrekonline.com to sign up.