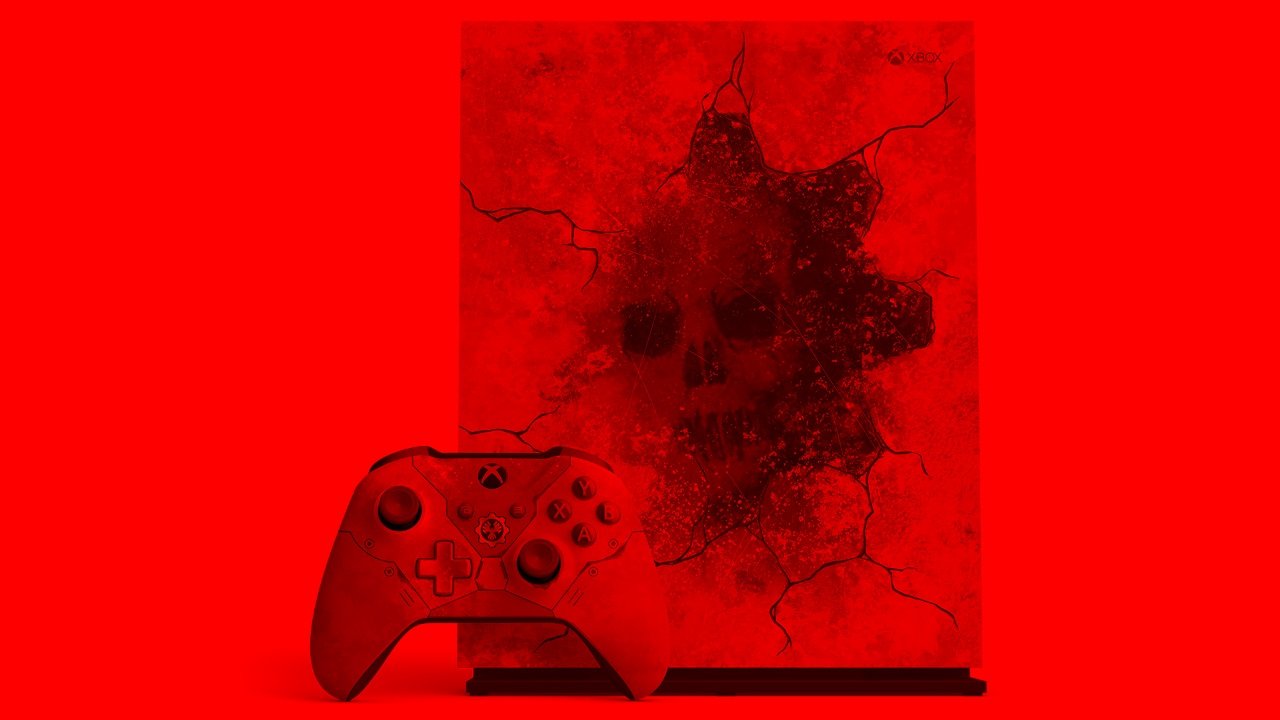 In the (admittedly unlikely) edge case that you’re both looking forward to Gears 5 and don’t already own an Xbox One console, then we’ve got some good news.

It’s not a scenario we’re expecting many of you to find yourselves in. But if you’re in the intersection of the Venn diagram of “have been waiting for an opportunity to upgrade to an Xbox One X” and “really love Gears of War” and are “hardcore into those limited-edition, gussied up consoles” you’re in for a real treat.

The bundle features the following elements:

Apparently, the console features “a dark translucent casing that makes the Crimson Omen appear submerged in snow and ice,” which is nice if you like that sort of thing. The controller’s kind of cool, though; in particular the brilliant blue flashes behind the gunmetal thumbsticks. We’re thinking one of the key themes for Gears 5 will be “cold”, based on this bundle.

The limited-edition Gears 5 Xbox One X launches on September 5, 2019. Coincidentally, that’s the same date the game launches, onto Xbox One, Windows PC, and onto Xbox Game Pass for console or PC.