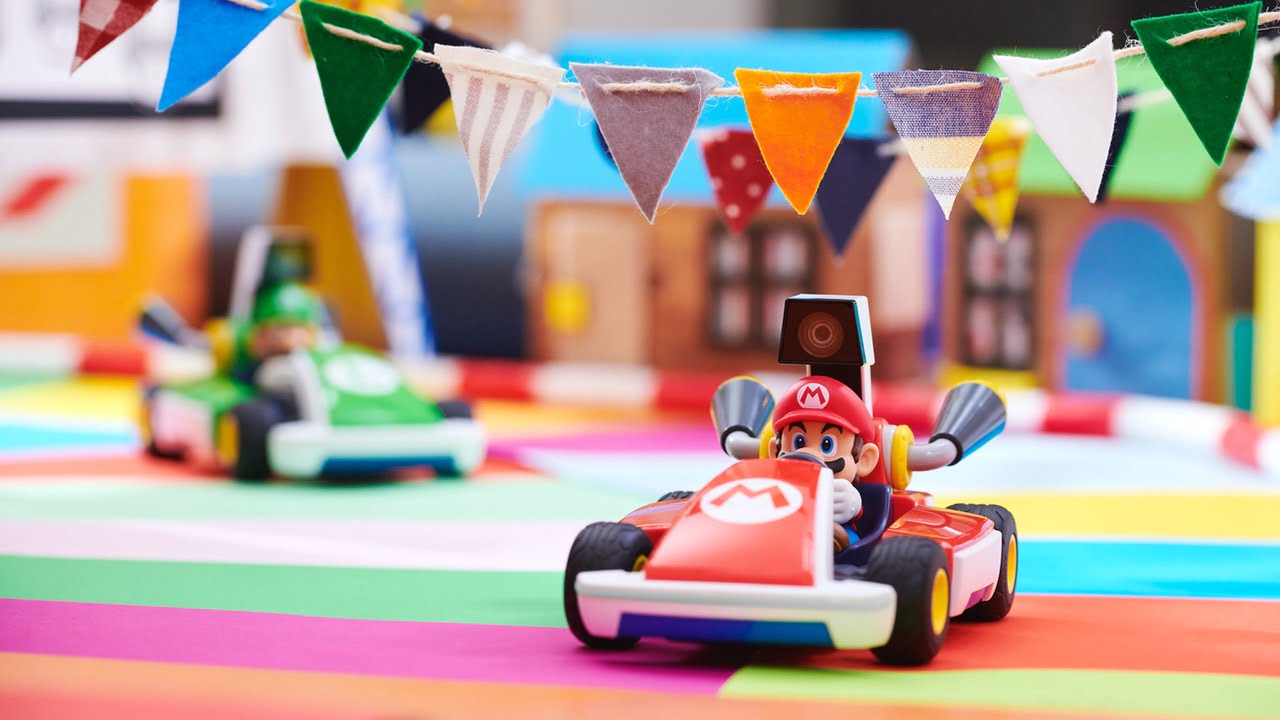 Mario Kart Live: Home Circuit races onto Nintendo Switch in two weeks, and the publicity machine is moving up a gear to reveal more about the game and its modes.

In Grand Prix mode, players can compete against Koopalings in 24 races held across eight tournaments. Despite the race taking place in the real world, familiar items from the long-running franchise all make an appearance. Mushrooms and will give the physical kart a speed boost, and a red shell will briefly stop it in its tracks. Other items include Bananas, Bloopers and Bullet Bills, which will apparently make the kart speed around the course automatically.

Environment themes – including underwater, volcanic and retro – also add a range of in-game hazards that can be negotiated by following the action on the Nintendo Switch’s screen.

Other game modes include Custom Race, in which you can add items and use household objects as obstacles, a Time Attack mode, and a Mirror Mode. The game also supports four-player local multiplayer, assuming you can round up enough friends with Switch consoles and their own Mario Kart Live: Home Circuit sets.

How much space do you need for Mario Kart Live: Home Circuit?

Nintendo says that an area of around 12x10ft is recommended for the best Mario Kart Live: Home Circuit experience. Course set up involves placing four gates – which are included in each pack – around your living space and then driving through each one to create a course layout. It appears that tracks can be as simple or as complex as you make them.

And a look at the creation of the game from Nintendo’s development partner, Velan Studios.

Each Mario Kart Live: Home Circuit pack includes one kart – with Mario or Luigi behind the wheel – four gates, two arrow signs, and a USB charging cable. The software itself is not included in the physical package and is available from the Nintendo eShop.

“Get your engines revved up for Mario Kart Live: Home Circuit, which launches just in time for the holidays. Whether you’ve always dreamed of turning your living room into Rainbow Road or want to prove once and for all that you’re the fastest racer among your friends and family, we hope this new Mario Kart experience brings smiles to people of all ages.”

If this all works – and the physical karts are capable of a bit of speed – this really could be quite something. The game is released for Nintendo Switch on October 16, 2020.