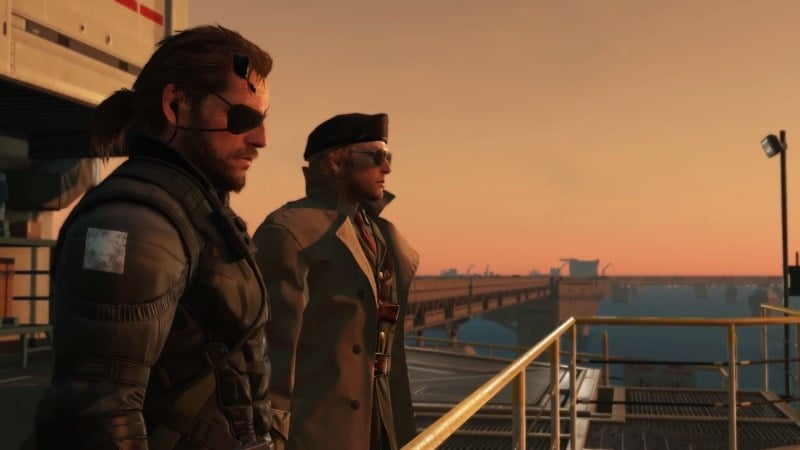 The ending that nobody ever thought would happen – the MGSV nuclear disarmament ending – has triggered on PC, but Konami doesn’t know why.

There were, as is often the case with Hideo Kojima games, multiple endings for Metal Gear Solid V: The Phantom Pain (hereafter referred to as MGSV, because its Sunday name is a bit of a mouthful).

The conditions required to trigger the MGSV nuclear disarmament ending were, well, total nuclear disarmament. Every single player, in the game’s online mode, all had to relinquish their devastating nuclear arsenal from their own forward operating base.

That wasn’t going to be easy to achieve, as real life diplomats will attest. Even if the majority of players, with the best of intentions, choose to voluntarily loose their own nukes, there’s always a temptation for someone to hang on to theirs and play the super villain. So players took to raiding bases, trying to wipe out the weapons of mass destruction by force, which the US and UK military can confirm is also not especially easy.

And then suddenly, on February 2nd, 2018 at 12:00 GMT, the MGSV nuclear disarmament ending unlocked. Here it is, incidentally – you might want to watch it before Konami has it removed from YouTube:

Now the weird thing is, the global nuclear weapon count wasn’t actually zero. And it was thought that the count had to hit zero on all platforms for the ending to unlock, but the hidden nuclear disarmament ending only played on PC.

The cynical – ourselves included – wonder if Konami accidentally released the ending, as part of a marketing ploy for the lacklustre-looking Metal Gear Survive. Konami took to Twitter to claim that they did no such thing:

The nuclear disarmament event was triggered in the Steam version of METAL GEAR SOLID V: THE PHANTOM PAIN on Feb 2nd at approximately 12:00 GMT. We are still investigating, but can confirm that the event was triggered while the nuke count hadn’t reached zero. (1/3)

We would like to apologize for the inconvenience and reassure you that we will investigate the matter as well as take the necessary action to avoid this in the future. (3/3)

So if Konami didn’t do it on purpose, that leaves either an accidental bug, or a deliberate action. We’re not ruling out either of those – and given Konami’s history, a disgruntled employee hitting the button on their way out the door (as per Trump’s deletion from Twitter) seems most likely – but it’s hard to argue that the publicity this has generated has been anything other than timely.

Forgive us for feeling a little cynical, but we’re not entirely sure we believe them.