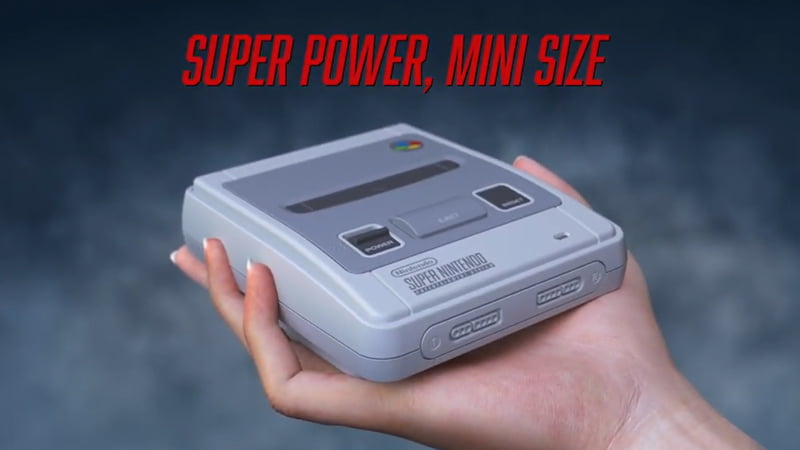 Nintendo confirms that production of the Super NES Classic Edition will continue into 2018, and that the NES Classic is coming back.

It was only yesterday that Nintendo of America president Reggie Fils-Aime told fans not to pay over the odds for the upcoming SNES Classic. It would be sensible advice if we knew there was enough stock to go round, but the prospect of a limited production run was only ever going to make people panic.

Thankfully, it appears that Nintendo has had a change of heart. Not only will the Super NES Classic now be produced into 2018, the NES Classic will also return to production for another release next Summer.

“Fans have shown their unbridled enthusiasm for these Classic Edition systems, so Nintendo is working to put many more of them on store shelves.”

The Super NES Classic Edition console includes 21 classic 16-bit titles, including gems like Super Mario World, The Legend of Zelda: A Link to the Past, Earthbound and Super Metroid. It will also include the never before released, Star Fox 2.