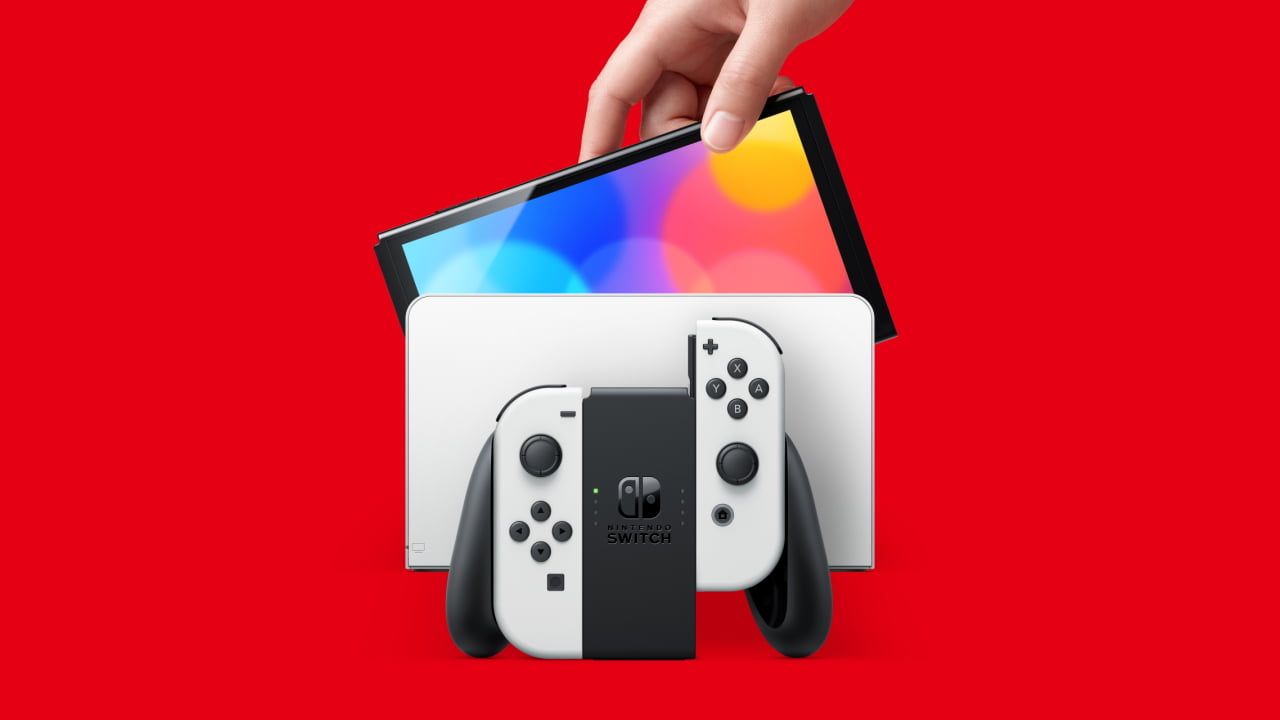 While a much-leaked and long-rumoured new Nintendo Switch model was a surprise to absolutely no one, Nintendo has finally pulled back the transparent curtain on their new offering: the Nintendo Switch OLED Model.

The new version of the Switch comes with a handful of new upgrades and will arrive on October 8 2021, though it’s probably not the more powerful “Nintendo Switch Pro” that some fans were expecting.

Right out the gate, the main appeal of this new model is, of course, the OLED panel. It’s a 7″ screen, which is a nice improvement over the 5.5″ in the original Nintendo Switch. The new screen is still a meagre 720p resolution, however, the OLED panel will be a noticeable improvement with blacker blacks and more vibrant colours, along with some smaller bezels. (Shrinking the bezels rather than growing the body is a nice touch.)

On top of the OLED panel, the new Nintendo Switch OLED Model provides double the internal storage of the base model, with 64GB, and a LAN port for a more stable internet connection while playing docked. They also threw in some new speakers providing “enhanced audio” for good measure.

A personal favourite of the newest upgrades, however, is the abolishment of the terribly cheap-feeling wee support leg, which allows tabletop gameplay. The Nintendo Switch OLED Model will now come with a wide adjustable stand, allowing for a more comfortable tabletop experience, and hopefully, less fighting for the thing to even stick out.

You can get a look at the OLED model in all of its scripted glory, in the new announcement trailer.

The Nintendo Switch OLED model will undoubtedly be a welcome addition to Nintendo enthusiasts. But with no real upgrade to the overall performance of the model, it might prove a hard sell for those already content with their base Switch or Switch Lite models.

Whether this is worth the upgrade is down to the individual, however, we suspect that regardless the Nintendo Switch OLED Model will sell just as well as its predecessors when it arrives on October 8, 2021.