The sky’s the limit for No Man’s Sky as its next-gen upgrades – for PS5, Xbox Series X|S, and high-end PCs – are detailed by Hello Games.

I still remember August 2016, the backlash, and the vanilla No Man’s Sky experience. In fact, I even made it to the ending in the vanilla build. It was somehow both as absorbing as it was disappointing.

It feels like a lifetime ago. No Man’s Sky will surely now be remembered as a great triumph of our update-heavy age, rather than for its initial over-reliance on such to even make it playable. No Man’s Sky has had 12 major updates in the last three years to much fan celebration. There was some concern that the Origins update might even mark the last one we’d see for the space exploration epic. Not quite.

It should be no surprise then that developer Hello Games isn’t content with simple ports onto the next-gen consoles, but is in fact bringing a swathe of upgrades in its free update 3.10 to the PS5, Xbox series X|S, and even high-end PCs too.

Perhaps the most eye-popping of all of the additions is the fundamental improvements to terrain, geometry, and textures. They promise “improved shadows, greater draw distances, thousands more objects on screen and improved lighting and volumetric effects” and it looks the business. These changes will be available for PlayStation 5, Xbox Series X and the ultra settings on PC. They certainly make for some comparison. 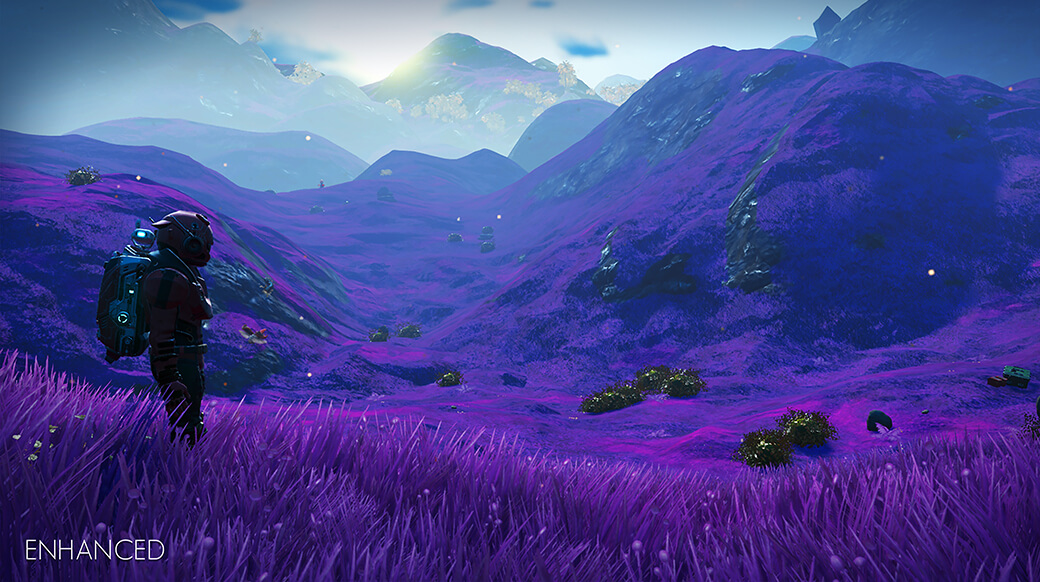 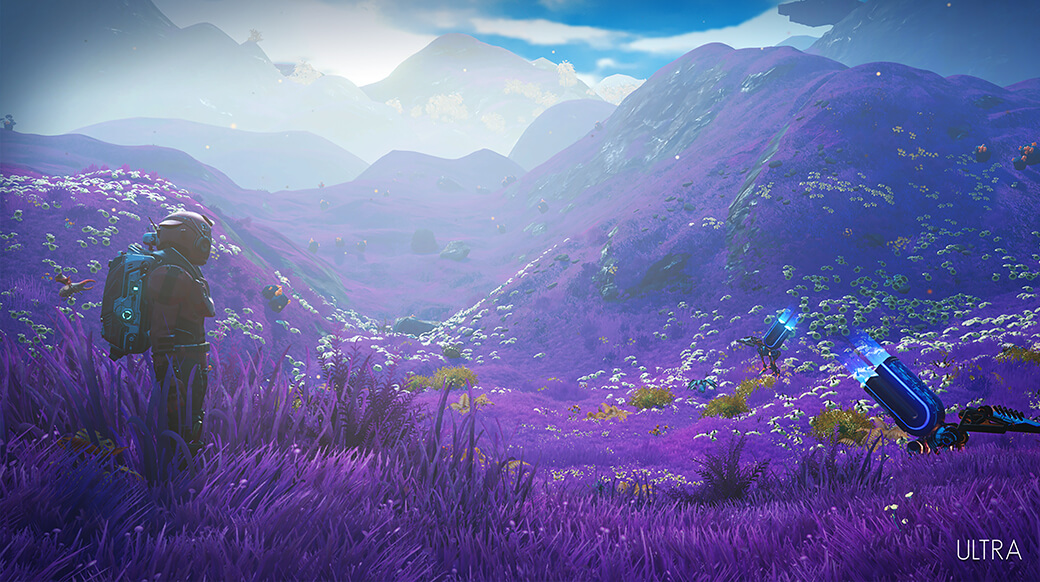 Other additions include more complex base possibilities, 32-player multiplayer (increased from 8 on consoles), 4K at 60FPS on PlayStation 5 and Xbox Series X (with high quality and high-performance modes on Xbox Series S), and load times at start-up or when warping are ten times faster than current-gen consoles. Phew!

As for the console transition, the PS4 will allow you to upload your save data whilst Xbox One saves are automatically compatible. Full cross-play between all platforms and generations will be possible too.

Whilst we in the UK are obviously not getting our hands on a PS5 until 19th November at the very earliest (if you’re lucky; other territories, meanwhile, get the console a week earlier), these graphical biome enhancements will land on PC when the Xbox series X|S consoles are released on November 10th.

Far from past worries that an end is in sight for No Man’s Sky, Hello Games founder Sean Murray reassures everyone that “Next Generation marks a moment in time where No Man’s Sky can start to build towards a future which is less restricted and full of possibilities.”

“This is just another stepping stone.”