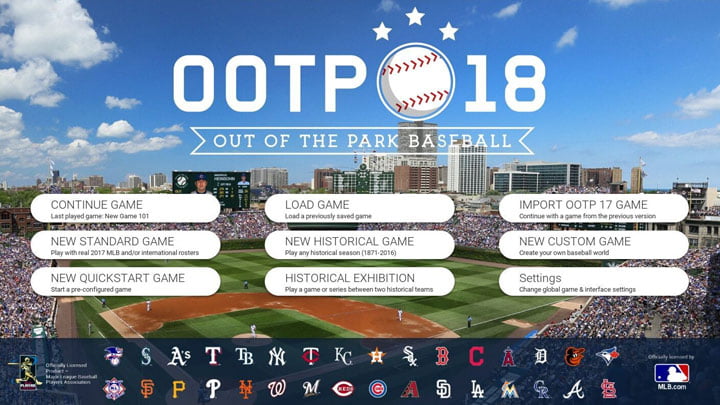 Out of the Park Baseball 18 is now available worldwide on PC, Mac and Linux.

Out of the Park Baseball 18 is released on today and brings new tournaments and technical improvements to the popular baseball management series.

The headline addition to this year’s iteration is the new Challenge Mode, which allows newcomers to get to grips with the intricacies of the game’s in-depth simulation mechanics. Out of the Park Developments says the new mode is the beginning of a long-term expansion of the series’ online platform, with more details promised during the course of the 2017 baseball season.

Other additions to the game include the complete 2017 MLB and full minor league system rosters. Historical Negro League clubs are also included, with a feature that allows players to create ‘what-if’ scenarios, pitting major league clubs against their Negro League counterparts.

A number technical upgrades have also been added to improve the playing experience. These include a new streamlined interface, improved player and ballpark models, and extensive AI tweaks. Another new feature lets you create 3D highlight reels, whether the game was played out or simulated.

Markus Heinsohn, lead developer and Out of the Park Developments CEO, said:

“Fans have been overwhelmingly positive about Out of the Park Baseball 18 since it was announced in January. We’re thrilled to deliver a game that will allow us to dramatically expand our online community and delight a new generation of fans.”