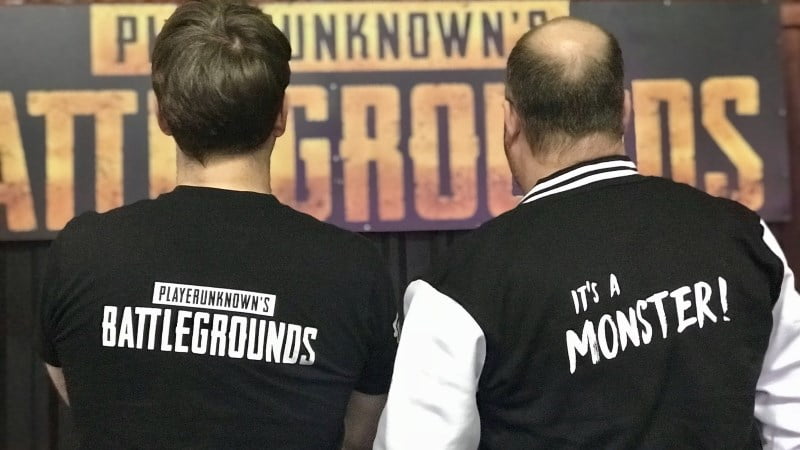 Don’t have a gaming PC, or holding out for the PUBG Xbox One release for other reasons? Well this is the news you’ve been waiting for.

I’ll be live at @ParisGamesWeek a little later w/ @aarongreenberg to reveal something special… #PGW2017 pic.twitter.com/XoIKTHRAHt

Now, the fact that the other chap in the photo is Aaron Greenberg, head of Xbox games marketing at Microsoft, it seemed something of a fait accompli. We were going to be finding out the PUBG Xbox One release date, right?

And lo, as it was it written in the stars, it has come to pass. Brendan and Aaron did read from the scriptures of Bluehole, and decree that PUBG would be coming to Xbox Game Preview on December 12th, 2017. It is expected to cost the same as the PC version – $29.99 US / £26.99 – which is a pleasant surprise.

Eurogamer caught up with the man himself, and gleaned a few more snippets about the PUBG Xbox One release, including:

Brendan also mentioned that the desert map will be included with the full PC launch, when PUBG leaves Early Access and goes into main release with version 1.0, still expected to be in December 2017. We’d all best get cracking on testing vaulting, then, which launches tomorrow.

Did Nintendo really just bench Zelda, again, for Breath of the Wild 2?

Is it still technically fridging if the hero's princess falls down a really big hole? Asking for a friend.