The new Razer Blade Stealth is now the most powerful ultrabook money can buy.

Razer, manufacturer of high-end, thin-and-light gaming laptops, also makes an ultrabook. Unlike the Razer Blade, Blade Pro, or the newly-announced Blade Studio – which costs over four grand – the Razer Blade Stealth is not really a gaming machine. It’s more like a MacBook Air in gaming fancy dress.

Today, though, the Razer Blade Stealth looks a little different. As part of its latest refresh – to include the 10th generation Intel Core i7 processors – Razer has also managed to cram a proper discrete GPU into the Blade Stealth: the Nvidia Geforce GTX 1650.

Anyone who’s following the GPU market knows that the GTX 1650 is still the bottom of Nvidia’s product tree. It’s a general improvement over the last generation’s GTX 1050 and 1050 Ti, based on its latest Turing architecture, but it doesn’t include dedicated RTX cores for real-time ray tracing. Those only kick in on the RTX 2060 and above. But for a thin-and-light laptop that’s only 15.3 mm deep and weighs around 1.4 kg? A GTX 1650 is huge. A GTX 1650 is a monster of an upgrade.

Three variants of the latest Razer Blade Stealth are available. Two of them come in classic Razer black and green; one with a 1080p non-touch display, and the other with a 4K touch-enabled panel. The third is in a stylish chrome and silver colour, called “Mercury White”, which is only available with a 1080p non-touch screen, a 256 GB SSD, and without that all-important GTX 1650 GPU.

The biggest shame is that you can’t get the most grown-up colour – “Mercury White” – with that GTX 1650 graphics card. Why can’t people who want stylish, professional-looking laptops also have a discrete GPU, Razer?

No information on pricing is available yet, but given the previous generation started at £1300 with no GPU, and £1500 with that weedy MX150 on-board? The new Razer Blade Stealth with GTX 1650 will probably cost more.

One of the most famous video games ever is Microsoft’s Solitaire. Bundled for free with versions of Windows since 1990 – that’s Windows 3.0, if anyone’s counting – it has to have clocked up some serious playtime over the years. With no sales figures to speak of it’s hard to quantify, but if we were counting Solitaire? It’d be enormous.

Some people turn their nose up at the idea of computer card games. They think they’ll be staid and boring. But like Solitaire, developed by then Microsoft intern Wes Cherry, there’s a way to spice them up: in Solitaire’s case, that was the “jumping” animation when you beat the game.

And if you’re Grey Alien Games, an indie developer that specialises in computer card games – including a natty line of historical solitaire games – you learn a few tricks to spice up your deck over the years.

It’s not unusual to see animated flourish in card battling games, but Grey Alien’s latest game, Ancient Enemy, does something rare: the cards physically interact with one another. Fireballs pop and lightning crackles at a distance, but if your card stabs an opponent’s? The two cards will meet in the middle, and one literally stabs the other.

It’s a really simple thing, when you think about it, but it makes a massive difference to the action and impact of Ancient Enemy. It bridges the gap between computer card game and turn-based RPG, for a really pleasing mix of the two.

And with former video game journalist and exceptional wordsmith, Jim Rossignol, supplying the writing for Ancient Enemy? This one should be on your wishlist when it releases on Steam later today. (Usually somewhere between 4 and 6 pm in the UK, depending on where we stand with daylight savings time between here and Steam’s home in Washington on the Pacific Northwest.)

Google is making the Pro tier of its Stadia game-streaming service free for the next two months.

Google is making the Pro tier of its Stadia game-streaming service free for the next two months.

The decision comes in response to the ongoing global Covid-19 crisis. In a blog post announcing the move, Google Stadia’s Phil Harrison said:

“We’re facing some of the most challenging times in recent memory. Keeping social distance is vital, but staying home for long periods can be difficult and feel isolating. Video games can be a valuable way to socialize with friends and family when you’re stuck at home, so we’re giving gamers in 14 countries free access to Stadia for two months. ”

Due to the global increase in internet usage, the service’s default screen resolution is also being changed from 4K to 1080p.

It will be interesting to see if the move claws back some goodwill for the platform and gives it the boost it so desperately needs. Head over to the Stadia website and download the Android or iOS app to get started.

If you prefer to play games on console, check out the spring savings currently available on Nintendo Switch, PlayStation 4, and Xbox One. Follow Thumbsticks on Flipboard, Facebook, Google News, and Twitter for more video game news. 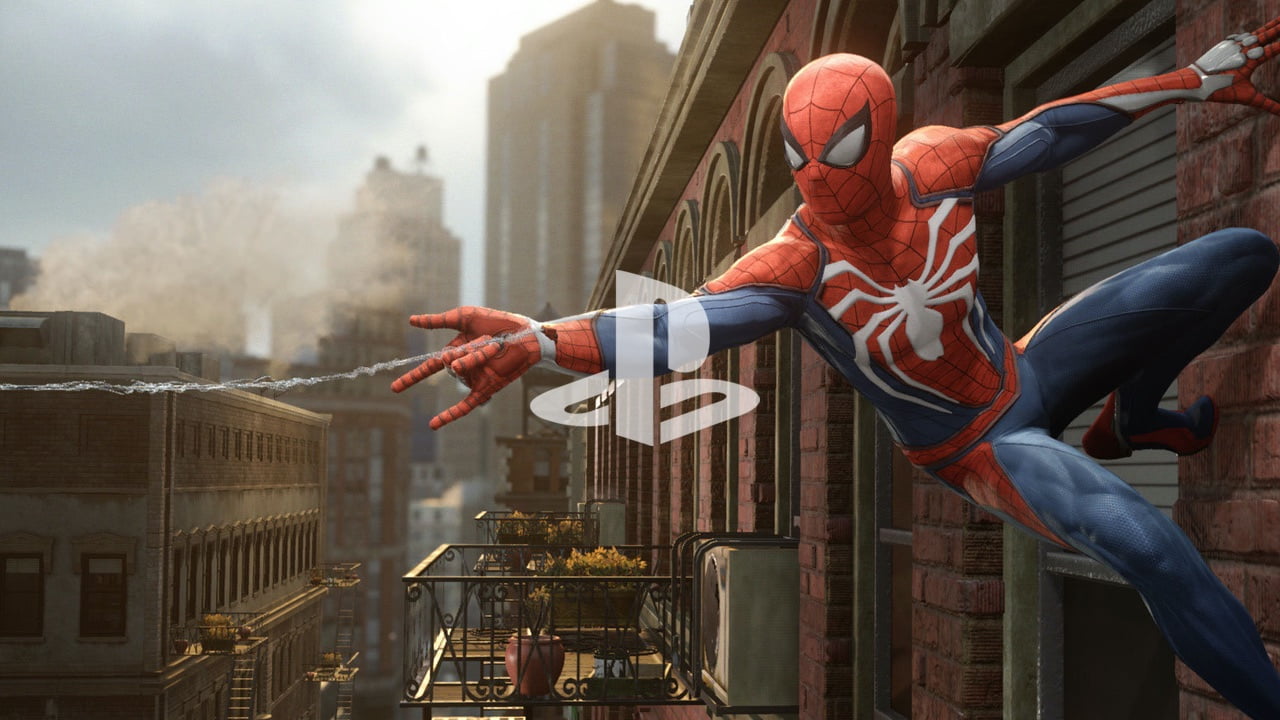 One of the generation’s most acclaimed games comes to Sony’s PlayStation game streaming service this month. Marvel’s Spider-Man from Insomniac Games was a blockbuster hit on its release in 2018. In our review, Callum called it “a monumental achievement for Insomniac Games and Sony, but it’s also a landmark moment for the superhero genre in general.”

It’s joined by The Golf Club 2019, an involved and robust simulation that we enjoyed. In our review, Tom described it as “a polished and progressive iteration on a trusted formula.”

There’s also a chance to enjoy a game that was overlooked in 2018, in part, because of Spider-Man. Rico Rodriguez returns in Just Cause 4 to cause more chaos with his wingsuit and grappling hook. A huge open world, impressive extreme weather systems, and big explosions make this a game to check out.

Marvel’s Spider-Man is available to download and stream on PS Now until July 7, and Just Cause 4 is available until October 6. The Golf Club 2019 doesn’t have an expiry date.

PS Now is available with a seven-day free trial for new users and includes a library of over 700 PS2, PS3, and PS4  games. Games can be streamed to PC and console, and many PS4 titles can also be downloaded.

Visit the Thumbsticks new releases page for regular updates on the latest Xbox One, Nintendo Switch, and PlayStation 4 games. You can also follow us on Flipboard, Facebook, Google News, and Twitter.

Sony has taken another step toward unveiling the PlayStation 5 with a first look at its new gamepad, the DualSense controller.

The DualSense controller retains the overall form factor and button layout of the PS4’s DualShock 4, but it looks slightly chunkier and, well, a little bit more toy-like. For those of us that have always preferred Microsoft’s Xbox One controller, it certainly looks more comfortable. The big changes are its striking, two-tone colour scheme, and gameplay feedback features.

In a post on the PlayStation blog, Sony’s Hideaki Nishino says the controller “will deliver a new feeling of immersion to players.”

The DualSense includes haptic feedback technology which promises “powerful sensations you’ll feel when you play, such as the slow grittiness of driving a car through mud.” The controller also incorporates adaptive triggers into the L2 and R2 buttons, enabling players to feel, for example, the tension of a bowstring being pulled. The angle of the triggers has also been changed as part of the ergonomic overhaul.

The Share button makes way for a Create button, the specifics of which are still unknown. The light bar is also less prominent and runs along the sides of the touch-bar, which now includes a built-in microphone array so players can voice chat without a headset. The DualSense is also wireless and charged using a USB C port. Hurrah!

“DualSense marks a radical departure from our previous controller offerings and captures just how strongly we feel about making a generational leap with PS5. The new controller, along with the many innovative features in PS5, will be transformative for games – continuing our mission at PlayStation to push the boundaries of play, now and in the future.”

It sounds fantastic, frankly. But we’re not as impressed by its design. It’s very sci-fi and recalls the aesthetics of Aperture Science, Star Wars, Mass Effect, P.N.03, and Marvin from The Hitchhiker’s Guide to the Galaxy movie. We’re not sure it looks very appealing or mass market. And if the PlayStation 5 console ends up looking like a stormtrooper helmet, we might have to hide it behind the perfectly-formed hole in the space-time continuum that is the Xbox Series X.

We promised, the last time a big update was pushed for No Man’s Sky, that we’d stop repeating the narrative eventually. The underdog story, the unmentionable abuse, the rough launch turned good, the little engine that could. But the fact that Hello Games still releases massive content updates for the game, in spite of how horrible everyone was to the small team, is still just remarkable.

We’re going to keep telling this story while we’re still talking about No Man’s Sky, because Hello Games are too good, and we don’t deserve them. (And if you ever want to tell the story, Sean, we’d love to do an oral history of the game.)

The latest update to No Man’s Sky, available now, adds mechs. It’s technically a new form of planetary exocraft – the Minotaur Heavy Exocraft Hybrid, to use its Sunday name – and it looks ruddy brilliant.

Here are the important details of No Man’s Sky’s new mechs:

The latest update to No Man’s Sky includes a number of tweaks and quality of life improvements, including solar technology, improved scanning, new decals, and the ability to hide exposed wiring.