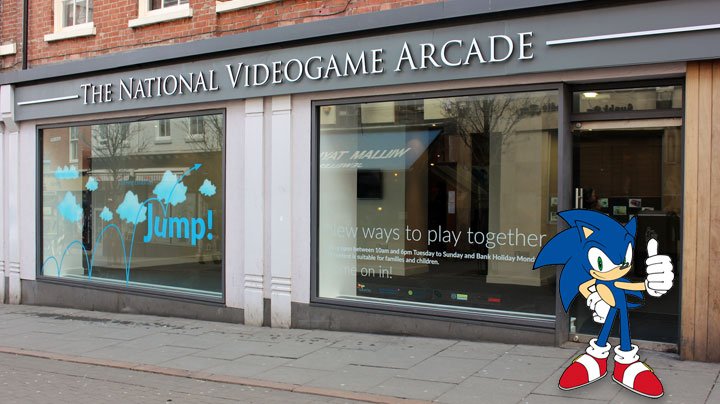 The National Video game Foundation adds Sega Europe to its list of patrons.

The UK-based National Video game Foundation is a not-for-profit organisation that aims to develop the role of video games in culture, education and society. Established last year, the foundation works through initiatives including the annual GameCity Festival and Nottingham’s National Video game Arcade.

Iain Simons, CEO of the National Video game Foundation, says the support provided by the games industry is essential for the foundation’s continued development:

“We’re honoured that SEGA Europe have joined the ranks of video game legends helping us establish a new recognition for games in the world. It’s a fantastic boost for us to have the backing of such a respected and globally recognised brand. Using the footprint of the NVA, we want to work with SEGA and all our patrons to develop the recognition of video games as broadly as possible.”

As one of the ‘big two’ during the ’80s and ’90s, Sega was responsible for the popular Master System and MegaDrive consoles, as well as a glut of life-changing – for me, at least – arcade games including Out Run and AfterBurner. Having moved away from hardware development the company is now the publisher and developer of franchises such as Football Manager, Total War and, of course, the long-running Sonic the Hedgehog series.

“Sega Europe are proud to be working with the National Video game Foundation to bring our video games, and all video games to an ever growing and diverse set of players. The National Video game Arcade is a unique destination, we’re delighted to be playing a part in supporting its work and would urge colleagues to do the same. We can’t wait to start working with the NVA to create some brilliant new projects and find some exciting new audiences.”