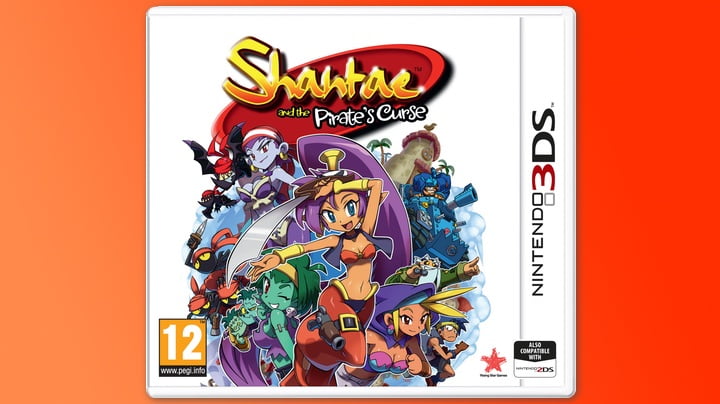 Shantae and the Pirate’s Curse heading to retail in USA and Europe with additional content.

Rising Star Games have announced the release of a boxed edition of acclaimed Nintendo 3DS platform adventure, Shantae and the Pirate’s Curse. The game will come to North America on 27th September and Europe on 30th September, 2016.

The reissue marks the first time a Shantae game will be available in retail stores in over a decade. The last release being the original Shantae on Game Boy Color way back in 2002.

The physical version will also feature content not available in the Nintendo eShop edition of the game. This comes in the shape of Super Shantae Nab!!, an exclusive new arcade-style mode.

This retail release is somewhat surprising given that the game is now two years old, has received a number of eShop discounts and was included in the recent Nintendo Nindies Humble Bundle. However, developers WayForward are currently completing work on the follow-up to the game – the Kickstarter-backed Shantae: Half-Genie Hero – and so this release is likely to act as a primer for players new to the series.