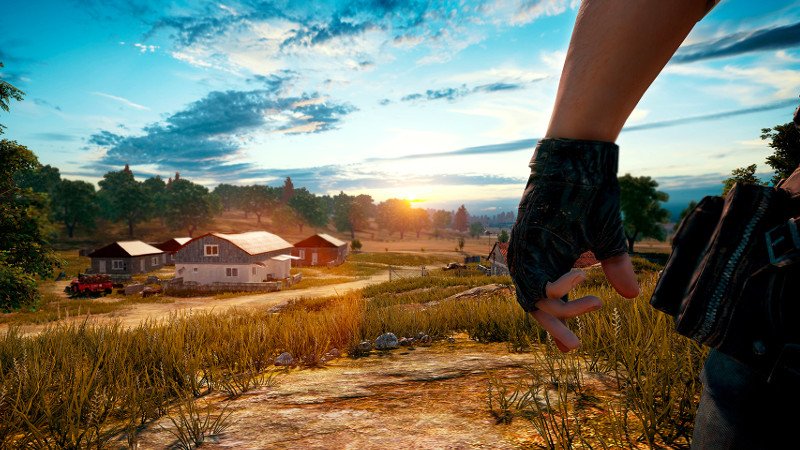 When you’re rushing, you make mistakes. That’s true of looting buildings, chasing the play zone, or the rate of PlayerUnknown’s Battlegrounds updates.

One of the key elements of Early Access is the notion of frequent updates. Whether thats bug fixes or patching, tweaks or balance modifications, or new content entirely, there’s a reason a game is unleashed on the public before it’s finished: so it can get better.

And the other key thing is communication. It’s important that the players, who have given you money for something that is unfinished – and at times, downright broken – know what you’re up to, and why. Just ask Raph van Lierop and the Hinterland Games team about their experiences with The Long Dark, arguably one of Early Access’ biggest successes.

Until PlayerUnknown’s Battlegrounds came along, that is, kicking ass (with a pan) and taking names.

Brendan Greene – the titular PlayerUnknown – and the Bluehole team have been handling the frequent communications rather well, and the updates have been very regular; with a small update every week, and a larger one every month or so.

But the last big PlayerUnknown’s Battlegrounds update – adding first-person only servers, car horns, and patching a nasty client bug – caused a swathe of instability, leaving fans struggling to get connected and battling against lag (as much as they were 90-something other players) for the best part of two days.

So it’s no surprise, then, that Bluehole have today announced – via a post on the game’s Steam Community page – that the frenetic patch rate will be slowing to allow further time for QA.

Today we are changing our patch and update schedule to improve how we work on the game, as well as set realistic expectations for players. Until the official release of the game, we will not have our scheduled weekly or monthly patches rolling out as often as before. We’ve found internally that being rushed to finish certain features, and having shorter QA test time between pushing updates caused more issues than it solved in regards to maintaining a high standard of quality. We want to put our best content out, and ensure that everything we do is making the game more enjoyable with every update.

So far, as expected. That level of patching was probably unsustainable without introducing further issues, particularly with massive PlayerUnknown’s Battlegrounds updates like the vaulting system coming soon.

Although we may not release a weekly patch, we will utilize the test servers for significantly longer periods of time and deploy patches and hotfixes when necessary. This way, when we have a new feature that we’d like to roll-out it will be more thoroughly polished thanks to extensive community feedback. This will result in our live build being more exciting for everyone and drastically reduce the amount of unforeseen issues. We want to thoroughly and truthfully emphasize that this will have absolutely no bearing on how much content we deliver, or how much we work on the development of the game. We will still inform our community with public patch notes outlining changes we’ve made with each update.

Don’t worry, though: they close by saying that PlayerUnknown’s Battlegrounds is still on track for the full release on its updated timeline, which by last reckoning is still Q4 2017.