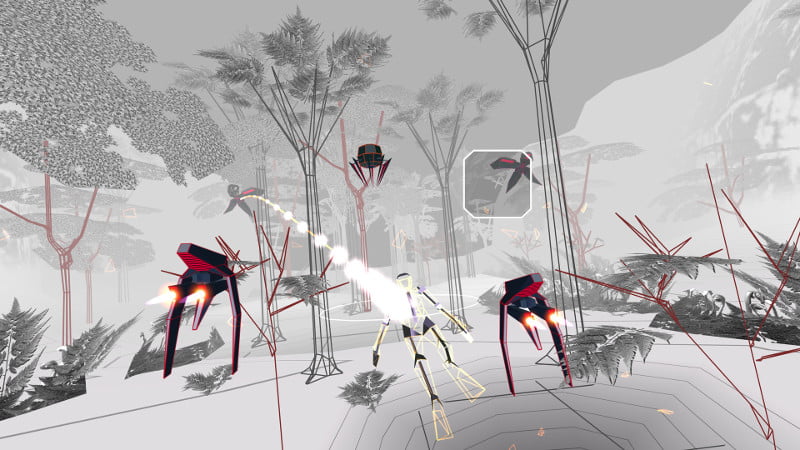 Well that came out of nowhere: a Rez Infinite PC version has blasted onto both VR and flat-panel displays.

It’s been a funny old time for surprise releases recently. First came Monument Valley 2, a very pleasant surprise wrapped up in an Apple publicity stunt. Then yesterday the brilliant Severed arrived, completely unheralded, onto the Nintendo Switch. Even Dan’s release radar didn’t know about that one.

And today? Well this one’s a belter: Rez Infinite is out now on PC, and people have been waiting for this one for a long time.

The original Rez, Sega’s on-rails rhythm shooter from the brilliant brain of Tetsuya Mizuguchi, released for the Dreamcast and PS2 way back in 2001 in Japan. The European and North American releases followed in 2002. And people loved it.

Then Sega’s power waned, and the Rez project was left fallow, before in 2008 a Rez HD remaster was released on the Xbox Live Arcade. Then in 2016, Rez Infinite was launched for PlayStation’s burgeoning virtual reality platform.

But PSVR isn’t the only VR platform, and people have, quite rightly, been wondering when a Rez Infinite PC version would be making its way to the Oculus and Steam VR (HTC Vive) platforms.

Now, the wait is over, but there’s more: the Rez Infinite PC version is also playable on a standard non-VR display, which is even better (because you don’t get motion sickness looking at a traditional flat panel display).

You can pick Rez Infinite up from Steam right now, and there’s currently 10% off. What are you waiting for?